2020 year as a certain milestone for the Russian defense industry

November 17, 2016
30
In one of his speeches the other day, our president once again reminded the representatives of the military-industrial complex that the rearmament program was designed for the 2020 year and that it is worthwhile to treat budget funds properly, so that later ... 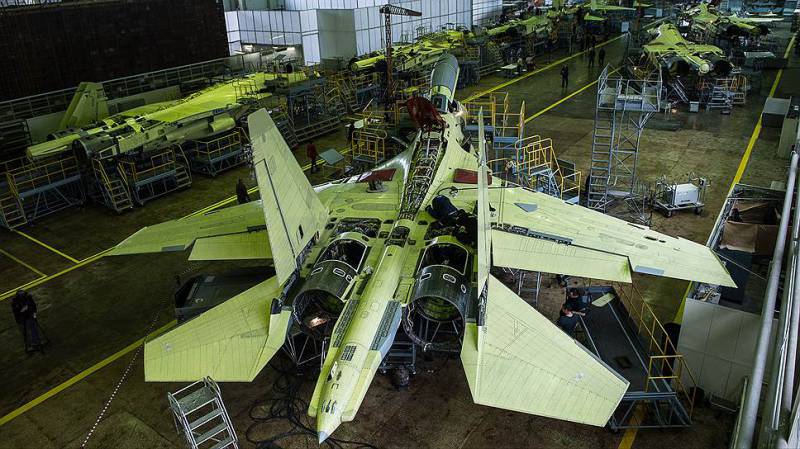 And by the way, what then?

In general, the year 2020 looks like such a foreign one, after which everything will evolve according to some other scenario.

It seemed to me personally that all the speeches at the series of meetings with representatives of the Ministry of Defense and the defense industry complex are reduced to one. Naturally, to the money. And here I see some kind of hint from the president that the state defense order is in the state defense order, but, first, it must be executed properly, secondly - not to steal, thirdly - to think about the day tomorrow.

Each of the three points is important.

Let's talk a little about this topic. Yes, the stagnation caused by the past years of “democratic development” of our country seems to be overcome in the part that concerns the army. Fact. New types of weapons are not only being developed, they still really go to the troops. Not as test samples, but as in service.

However, all the way we flew into a crisis. Both global and personally organized for us. And here began the very "movements" that could not please the representatives of the defense industry complex. This is primarily a reduction in the release of new species. weapons.

Examples are known to all. This T-50, and "Armata", which will go into service, but not in the quantities in which it was originally announced.

The question why, even somewhat tactless, or something. Just not enough money.

The amounts that the Ministry of Defense and the defense industry would like to spend on the development and equipment of our army are really too heavy for the country's economy.

But both the Ministry of Defense and the design bureaus and defense companies are right that these amounts are necessary to maintain Russia's defense capability.

The question is not put so that the costs must be cut. It is clear that they have already been cut, and cut very weak. And, apparently, will be cut further. The question is posed differently. It is most efficient and painless for the country to ensure that both wolves (MO and MIC) are full and the sheep are safe. Who I mean by sheep, I hope, is understandable.

In essence, one should not think about how to spend money economically, but how to raise the economy itself. If Russia, that is, we doubled the GDP (as many people spoke about from high tribunes and in front of cameras), then there would be nothing to save. Any amount would be afford. But alas, today we have what we have.

Perhaps there is a way out. About this, too, was said enough, but the cart, as usual, is still there. But everything, on the one hand, is quite simple, on the other hand, it will look like a revolution.

Is it possible to compare with the revolution such things as the nationalization of the fuel and energy complex, heavy industry and mechanical engineering? Is complete. And it seems utterly, for it provides exactly what happened in the 1917 year, only with the difference that everything distributed, more precisely, privatized, is required to be returned back to the state.

And today, much of what the country earns does not go into its budget, but feeds a dozen oligarchs. Alas, but the reality of today.

No less important is the development of the Russian light industry, which has been severely curtailed in favor of import manufacturers. Specifically - the production of goods for the population. It is difficult, but you can imagine how much fully-fledged Russian rubles are converted into at least full-fledged dollars and euros and go abroad through imported goods and services.

And in this, our defense enterprises can play a very real role. Let's not talk about the completely miserable Gorbachev program of "conversion", it is better to recall the Soviet system of "cover" when the military enterprises produced quite normal for that time televisions, receivers, tape recorders, electric stoves, hair dryers, mixers and so on.

There is another point voiced by Putin, which I have already mentioned. About the correct use of funds. I don’t want to say that our MIC and MO, no matter how much they feed from the budget, everything will be small, no. But there are moments when the breadth in spending causes, if not embitternment, then wonder exactly.

But from Soviet times, the defense industry complex didn’t adapt to market conditions so well. Without state order and foreign trade to survive is unrealistic. Export is great, but there is a thin moment here. Not all that is produced can be sent to allies and partners, even for decent money.

That is why 2020, probably, not only in my minds sat down not only as a calendar date, but also as a point of a possible new starting point. Of course, such a moment when we completely renew the aircraft fleet, the fleet of armored vehicles, complete the construction of all mortgaged ships, it is unlikely to come at all, because technology does not last forever. Although about tanks, for example, you can't say that.

If you simply imagine that all the requests of the Ministry of Defense have been fulfilled and the state will no longer need to purchase so many weapons. What will come then?

I think this is a nightmare for many. Yes, as I said, this is unlikely to happen, but still.

There will be problems. Even despite the fact that our weapons today are very popular in the world, and many are ready to buy them. But external affairs are one thing, and internal affairs are completely different. And it is worth noting that the civilian sector in defense enterprises is virtually completely destroyed.

And this is largely the fault of the state itself.

One of the participants in the meeting went to the camera and asked Putin: “What are we to release the pots again?”

I do not know what is best. Set up the production of pans, if they are in demand from the Russians, or still buy them in China. For dollars.

I digress a little. I wanted to give myself a cast cauldron for a long time. I had to go to the other end of the city, because I did not want to take the Chinese. Well, they don’t look like Kazan, thank God, I know how a real Kazan should look like. Bought. I was surprised to see on the label: "Izhstal", the city of Izhevsk. There pans do not bother anyone. Nicely.

The situation is such that hope for a state order, but do not commit it yourself. Examples? Excuse me Omsktransmash. We wrote about the situation at the factory, when mass cuts of people began, because there was no work. But everything, fortunately, has changed, and the plant is working. How long is the question!

Today, so far (I will stress) everything is more or less adjusted. There is a work. And tomorrow? And after 2020?

Let me remind you that our airlines (and some even with state participation) still carry passengers on Boeing and Airbus and are not in a hurry to order Russian aircraft.

Let's be honest: Russia actually does not have its own trading fleetand meanwhile, the merchant fleet in many countries was the Navy's first reserve. Worth recalling stories the origin of the famous German raiders in world wars?

And we, forgive, to provide the Olympics and the Crimea drove Turkish and Greek ferries. To ensure deliveries to Syria, we charter the ships in Turkey ...

Can the defense industry become the cornerstone on which our economy can firmly establish itself?

The answer is one: of course, yes.

But for this, forgive us, our government and our central bank seem to be obliged, yes, they MUST send money not to buy US debt notes, not to keep the mythical inflation and not to support the dollar.

It is necessary to develop domestic production and start with what remains. From the enterprises of the military-industrial complex, if only because they are for the most part under state control. And this can ensure proper control over both quality and honesty.

In general, it is worth taking a closer look at what Putin sometimes says. The results are such ... extraordinary.