MGB of LNR: Members of the National Bolsheviks of Ukraine mined the water cooling channel of the Schastia TPP

November 16, 2016
27
Leonid Pasechnik, the Minister of State Security of the Luhansk People's Republic, told the media that the republican MGB had received information about the Ukrainian militia’s training of a terrorist act in the city of Happiness. We are talking about the preparation for the explosion at the urban thermal power plant. Leonid Pasechnik’s statement cites the Luhansk Information Center:
The Ministry of State Security of the LPR has information that representatives of the nationalist battalions of Ukraine organized a large-scale terrorist action in the territory of the city of Happiness. It was established that they mined the water cooling channel of the Schastia TPP, which is connected to the Schastiinsky ponds. Mining was carried out in the place where the channel passes at a height of more than three and a half meters above the residential areas. Presumably, as a result of the blast, a significant part of the city of Happiness and the Schastya Thermal Power Plant will be flooded. As a result of the decommissioning of the Schastia Thermal Power Plant, a significant part of the territory of the Luhansk People's Republic, as well as a large part of the territory controlled by the Ukrainian armed forces, will remain without electricity. 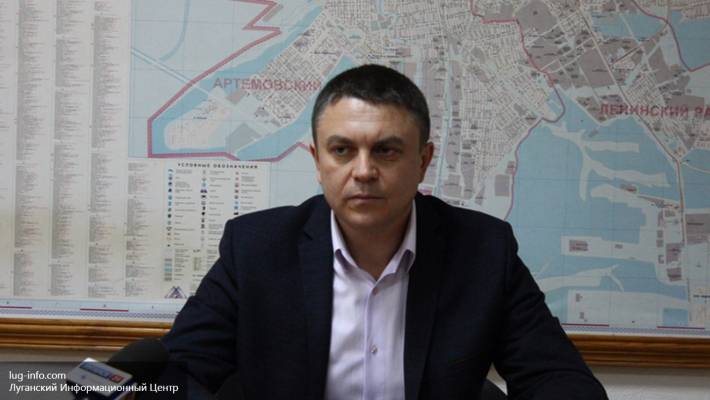 According to the head of the Ministry of State Security of the People’s Republic of LNR, the residents of Donbass, regardless of which side of the contact line they live in, are representatives of Ukrainian natsbats.

Leonid Pasechnik noted that the National Battalions are going to turn the Donbass into a “dead zone” and discredit the local authorities.

Head of the Ministry of State Security of the LPR:
The mining was done according to the following coordinates: 48 degrees 43 minutes, 53,4 seconds north latitude and 39 degrees 14 minutes 25,1 seconds east longitude.