A voice from The Hague: Russia and Ukraine are fighting!

November 17 2016
47
As the International Criminal Court has previously established, the annexation of the Crimea and Sevastopol "is equivalent to the international armed conflict between Ukraine and the Russian Federation." That is how the ICC Prosecutor Fatou Bensuda believes. Following the ICC document, another document was tentatively approved - already at the UN level. The Third Committee of the UN General Assembly adopted the Ukrainian draft resolution on human rights in Crimea, condemning the “infringement” of these rights. 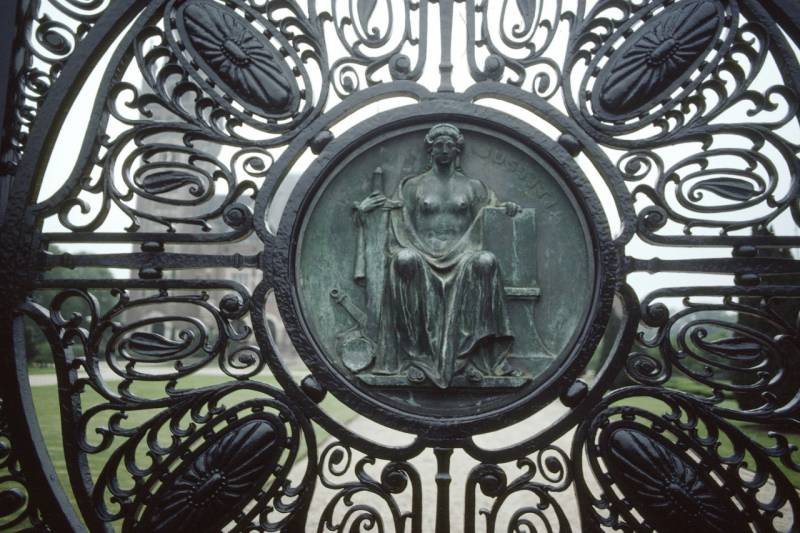 The International Criminal Court, registered in the city of The Hague, published on November 14 a report on the preliminary investigation of the Ukrainian conflict ( link on the source file in PDF format).

Fatou Bensuda (Fatou Bensouda), the prosecutor of the International Criminal Court, acknowledged that the situation in the Crimea and the city of Sevastopol "is equivalent to an international armed conflict between Ukraine and the Russian Federation." This is actually a recognition of the war between Russia and Ukraine. True, the “international armed conflict” is recognized with a significant caveat: “According to the information received ...” The reservation may seem trivial, because we are still talking about a court decision. In fact, if you carefully read, the reservation is serious. And if the reader understands the sense of irony, he will immediately admit that "according to the information received" is equivalent to the OBS agency ("One grandma said").

The report further provides the date for the start of this international war: no later than February 26. This is not about 2016, but about 2014. It was on that day, according to the OBS agency, pardon, the Hague court, that the Russians involved personnel in the Crimea in the Crimea. This was done for the sake of "gaining control over parts of Ukrainian territory without the consent of the Ukrainian government." By "parts" in the plural are the peninsula of Crimea and the city of Sevastopol separately.

In 2014, the Russian military participated in establishing control over the territory where Ukrainian military bases and government buildings were located. The ICC document states that since mid-March 2014, the Ukrainian government began to withdraw military units and units located on the Crimean bases “to the main territory of the country”.

According to the judges, the establishment of the fact of the legality of the initial intervention is not required, since, in accordance with the Rome Statute, armed conflict can be recognized as international in essence if the state partially or fully occupies the territory of another state. It turned out at the same time, or there was no armed resistance, it does not matter.

Fatu Bensuda reports that "taking over the control of the Crimea by the Russian Federation occurred as a whole without a firefight."

Recall the referendum on the status and nationality of the peninsula was held on the territory of Crimea 16 March, then it was declared invalid by Ukraine and many member states of the UN General Assembly.

What is “according to the information received” in the report of the Prosecutor of the ICC?

There is nothing secret here.

The preliminary document states that the prosecutor’s office is currently studying materials collected by non-governmental organizations working in Ukraine. Among the materials - reports on polls and other information from witnesses, as well as "victims." The information seems to be based on a considerable number of reliable sources. Based on all these “reports” and “testimonies,” the prosecutor’s office created a database of eight hundred allegedly documented incidents. Collected Works received the title "The situation in Ukraine." Now the ICC continues to carry out "analysis of information" obtained in respect of an international armed conflict.

And this is also a very important reservation, which must be accepted with irony.

Recall the conclusion of the court - preliminary. And the headlines in various media about the “recognition of the conflict” over the Crimea as international and even armed are not completely true. They are catchy, loud, but not accurate. The press plays in words and in the nerves.

The continuation of the “analysis of information” by the ICC means that the prosecutor is still trying to understand whether there are sufficient grounds to believe that “the alleged crimes” (quoted in the document) fall under the jurisdiction of the court in The Hague.

Thus, the ICC is not even sure that the “international armed conflict” in the Crimea concerns this court at all in any way!

Nevertheless, Ukraine has already made out the first steps to a judicial victory over Russia.

Dmitry Razumkov, an expert of the Ukrainian Political Consulting Group, finds a great achievement in collecting information for transfer to the ICC with the subsequent possibility of consideration in the framework of the creation of a lawsuit against the Russian Federation. "The key aspect in this report is the moment that the annexation of the Crimea is in fact recognized and equated to military occupation," the analyst quotes. "Voice of America". “Despite the fact that Russian troops were led, and after the legislative base was prepared and a screen was created, the Crimea, under“ goodwill ”, came under the jurisdiction of Russia, the International Criminal Court in its preliminary report actually notes the opposite.”

As you can see, here too the reservations are: “actually notes,” and not fully recognize, for example.

Actually, Razumkov himself understands this. According to him, the trial of Russia's actions in Ukraine is not a matter of the near future, but of perspective: “You need not to be deceived, but to be realists. As long as Vladimir Putin remains in power, any statements by international bodies will be diplomatic in nature and will not be fully applied. The precedent with Yugoslavia, considered in the International Criminal Court, is very similar to the situation in Ukraine: torture, abduction, murder, violence, internal migration ”.

On the other hand, this is an amazing political coincidence: the day after news about the preliminary detention of the ICC in the press there was information about the adoption by the UN General Assembly Committee of Ukraine’s resolution on human rights in Crimea. More precisely, their violation.

The Third Committee of the UN General Assembly on social, humanitarian and cultural issues adopted a draft resolution on human rights in Crimea, drafted by Ukraine. The document was voted “for” by the 73 states, including the United States, the United Kingdom, Canada and the countries of the European Union, "Lenta.ru". "Against" were the 23 states. 76 countries abstained.

The document condemned “abuses of human rights, discriminatory measures and practices against the inhabitants of Crimea”, including “Crimean Tatars, as well as Ukrainians and persons belonging to other ethnic and religious groups”. The resolution demands to “immediately cancel” the decision on the recognition of the extremist public organization “Mejlis of the Crimean Tatar People”, adopted by the Supreme Court of Russia 26 on April 2016.

However, this document should be attributed to the preliminary. It will be submitted to the UN General Assembly in December.

Observed and commented on Oleg Chuvakin
- especially for topwar.ru
Ctrl Enter
Noticed oshЫbku Highlight text and press. Ctrl + Enter
We are
Results of the week. “Ah, here are some of the people - greedy for someone else's good!”International Criminal Court in The Hague decided to participate in the information war against Russia
47 comments
Information
Dear reader, to leave comments on the publication, you must to register.