November 15, 2016
76
Against the background of Trump's victory at the end of the presidential race in the United States and Europe’s stunned about it, news the victories of the socialists in Bulgaria and Moldova did not shock the European officials, although they acted as a continuation of a series of unpleasant "surprises" for Brussels. There is no shock, but a frank Euro-insolvency manifests itself.


Everything earned by honest hard work ... - the European Union cries out, wondering what it can lead to not only, to put it mildly, critical statements about Trump from the Eurocrats, but also the possible loss of the “democratic” landmarks in the south-eastern outskirts of the EU and their limits.
To what extent the newly minted presidents of Bulgaria and Moldova (even if one considers that the latter is not in the EU) are pro-Russian - this is a separate question. But the very fact that both Rumen Radev (his result is 59%) and Igor Dodon (the result is more than 52%) are in favor of restoring a partnership with Russia, bringing Brussels to a sense, felt like from a heavy slap. 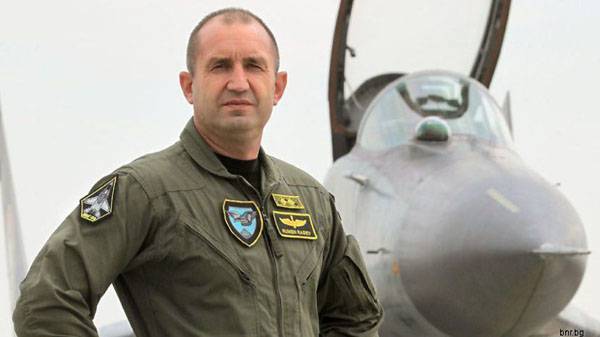 In the photo - the new president of Bulgaria, Major General Rumen Radev

In the Bulgarian segment of social networks, the comparison has already been tried: 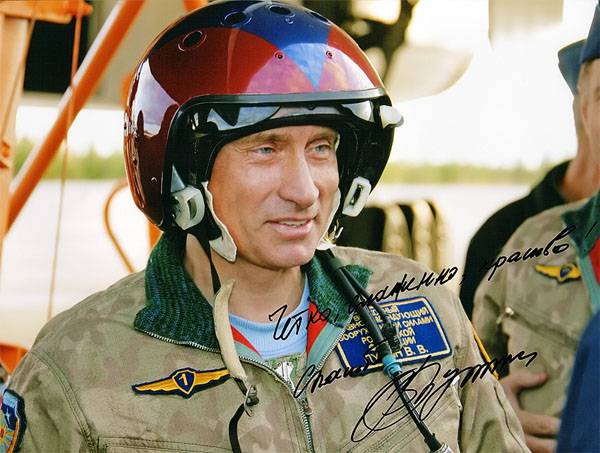 So, the “Euro-optimistic” candidates represented by Maya Sandu in Moldova and Tsetsky Tsacheva lost. Against the background of the defeat of another lady from the camp of the apologists of the modern understanding of democracy - H. Clinton - it’s downright unmarried week turned out in world politics ...

After the defeat of the candidate for the European coalition, Prime Minister Boiko Borisov, who, during his tenure at the post, remembered having played the “daisy” - will support or not support Sofia’s construction of the South Stream, resigns. Mr. Borisov, as an official of a country located in the European Union for an economic misunderstanding and completely dependent on the Brussels agenda, initially zealously took a visor, declaring that sanctions against the Russian Federation maintain and break off contacts with the Russian Federation on the construction of the said gas pipeline. The EU bureaucrats of the other from their doll in the Bulgarian TYuZ (crossed out) government and did not wait. But he looked askance at Boyko Borisov when, after some time, he began to declare that Brussels had inflated the Bulgarian side.

And after all, he really inflated: the Golden Mountains were promised to the Bulgarians in the form of compensation for the refusal of a contract with Russia to create a gas pipeline under the Black Sea, they promised help with energy sources from other sources within the European energy packages, promised, promised ...

Time passed, and the Bulgarian people began to think that from promises to reality - an abyss. Prime Minister Borisov also began to think ... that the Bulgarian people may be angry and give preference to political rivals during the elections. Therefore, Borisov’s statements that he, he says, is ready to discuss with Moscow questions of a return to the construction of the South Stream, could be regarded not as a real readiness to restore contacts, but as an attempt to imitate violent activity. For what? Yes, everything is simple - in order to reassure the electorate, which, following Borisov’s new statements, according to his logic, would have to give preference to the same “pro-European” forces during the presidential election. It did not happen ... In vain Brussels looked askance.

In any case, did not happen. The Bulgarian population to the pro-European candidate Tsetske Tsacheva showed a figure from a certain combination of fingers, but the candidate from the socialists was told “yes!” Boyko Borisov in hearts put a resignation on the table. In Brussels will be considered. Well, not in Sofia ...
Against the background of the change of power in Bulgaria, local mass media again flared up as to whether Bulgaria needs to wag its tail in the direction of Brussels and still return to the South Stream project or not. Bulgarian sources report that President-Socialist Radev may make an attempt to enlist the support of Moscow in matters of energy cooperation, and Moscow can make such contacts.

The question of energy cooperation was commented on by the press secretary of the president of Russia Dmitry Peskov. In a short interview with the newspaper "News" Dmitry Peskov noted that by the way the situation manifests itself today, the prospects for resuming the construction of not only the South Stream gas pipeline, but also the Belene NPP look minimal.

For this interpretation in Bulgaria (and not only, it should be noted in Bulgaria) caught. They say: the minimum does not mean zero. There are a lot of people in the country (including business representatives) who understand perfectly well that the purchase of gas directly from Russia and the issue of generating sufficient amounts of electricity for the country is not only a matter of national energy security, but also a certain opportunity to demonstrate one’s Bulgarian “I” to Brussels. But after all, the fact that Bulgaria is a state, and not a region within the EU, and that the country has its own “I”, the Bulgarians in recent years have begun to really forget. What will, what bondage ...

But does it make any sense for Russia to return to the question of resuming work with Sofia on the gas pipeline? Considering the fact that interaction with the “apologized” Ankara on the construction of the Turkish Stream is underway, the construction of the South Stream is also economically far from expediency. And with whom to engage in dialogue (if at all) in Sofia? Firstly, the victory of a socialist is at least a declarative and headache for the EU, but does not mean that the socialist will start to make the EU brain with statements about the need to rush into the arms of the Russian Federation (Hollande, after all, is also a kind of socialist ...) . Secondly, even if Rumen Radev has a desire to get closer to Russia, even the hypothetical opportunity to restore full-fledged economic relations with Sofia rests on the solvency of this very Sofia. Recently, the country has lost not only political but also economic sovereignty. The only economic substance on which the financial system of the country rests in addition to tourism and the declining agriculture is the credit influences from the EU. Whether the EU will be ready to finance Bulgaria for the construction of Belene NPP and South Stream is a question whose answer is obvious: no!

The fact is that even in such non-poor EU countries as Germany, gas pipelines are sold to the Russian gas giant Gazprom (as, for example, the continuation of the Nord Stream branch to the Czech border), bypassing the restrictions of the so-called 3 energy package, so that the pipe was corny was something to fill. At the same time, Europe is faced with the fact that it itself will have to invest in the construction of a pipe to meet the continuation of the “Turkish Stream” - to the border with Turkey. What kind of financing for the Bulgarian dream? ..

And against the background of the tectonics of uncertainty so tangible for the EU, both across the ocean and on the southeastern frontiers, Brussels is certainly not up to individual Bulgarian and Moldovan perturbations. The European Coalition in Chisinau failed, Dodon said that he would make the first foreign visit to Moscow. In Bulgaria, the president is a man who gained professionalism at the helm of a Soviet military aircraft. True, both in Chisinau and in Sofia, Mr. Ataman has a lot of gold reserves ...