In St. Petersburg, began the ceremony of launching the ship of the Navy "Vsevolod Bobrov" 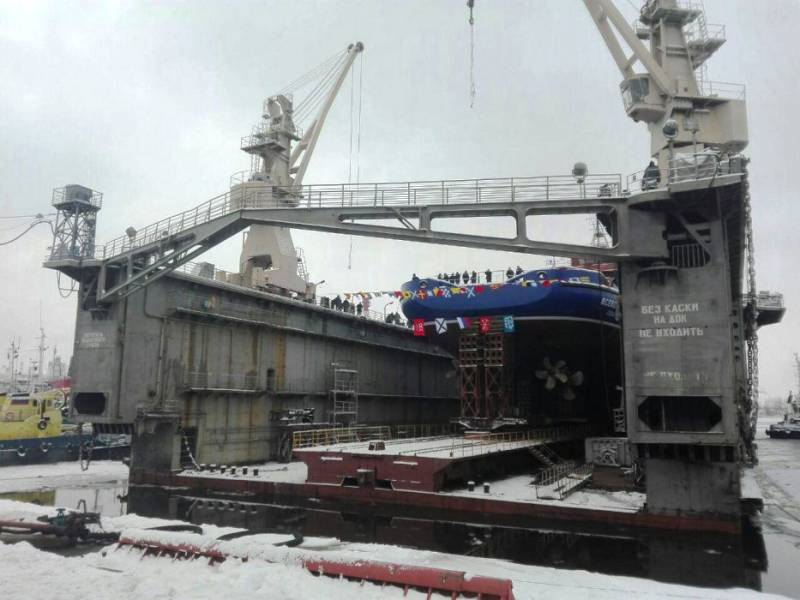 The ice-class vessel "Vsevolod Bobrov" was laid in 2013 g and is the second in the series after the "Elbrus", which passed sea trials.

Resource Help: “The 23120 project vessels are designed to transport, load, store and transfer dry cargo to the shore and various ships. In addition, they are intended for towing support, as well as to assist crews of ships and ships in distress. The ARC4 ice class allows them to sail in arctic latitudes. ” 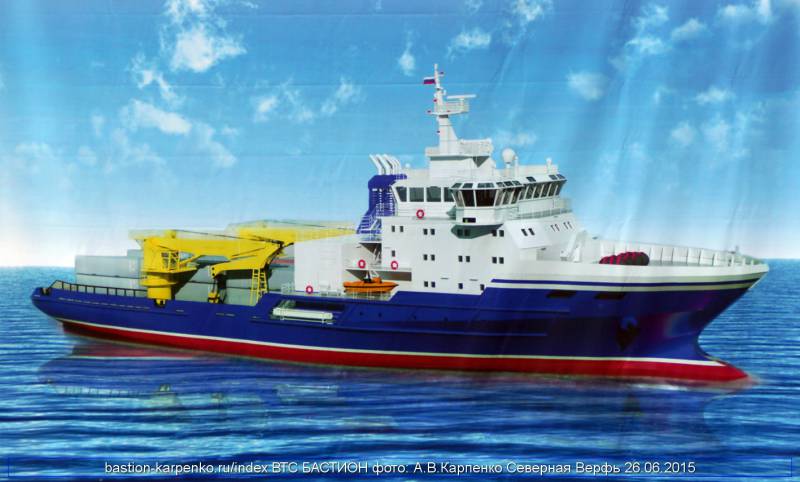