Who is for Russia wins the elections!

November 14, 2016
46
In Moldova, the leader of the socialists, Igor Dodon, wins the second round of the presidential election (53% of votes). He himself has already announced that he has become "president for all citizens." Meanwhile, Rumen Radev won in Bulgaria, who is also considered a pro-Russian candidate. It seems that the aspiration of Bulgaria and Moldova to change was in some way influenced by the victory in the USA of Mr. Trump, who is not seeking to spoil relations with Russia. 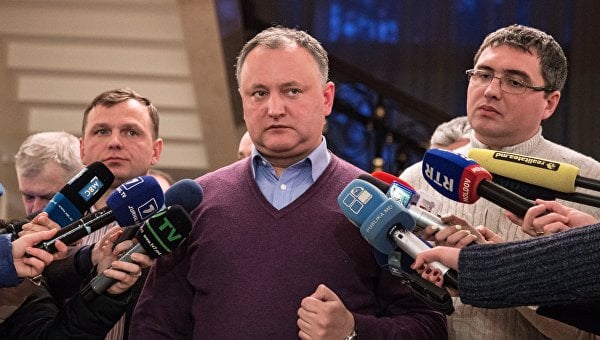 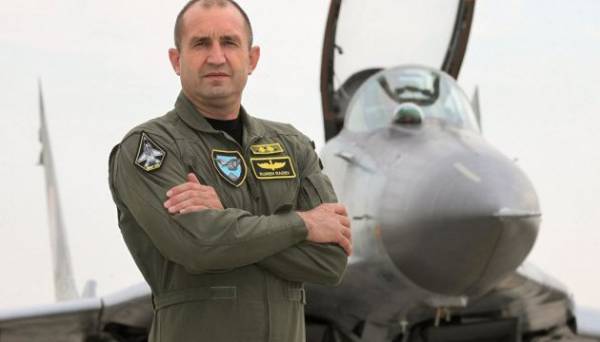 The representative of the Socialist Party, General Rumen Radev, became the leader of the presidential race in Bulgaria

The leader of the Moldavian socialists, Igor Dodon, intends to return local products to the Russian market, normalize cooperation between the two countries in the energy sector and even restore a strategic partnership with Moscow.

According to RIA News"In the second round of the presidential elections in Moldova, it is he who wins. The candidate scored 52,98% of votes after counting 99,23% protocols, the agency said. He himself had already declared at midnight local time that he had become "president for all citizens of Moldova."

In the elections, Maia Sandu, a candidate from the right-wing opposition and head of the Action and Solidarity party, fiercely competed with him. Her election program was essentially the opposite of the Dodon platform. The candidate was counting on strengthening the relations of the republic with Romania and Ukraine. As for the strategic partnership, Sandu was interested in this regard not Russia, but America. With Russia, it would have fit just "normal and conflict-free" relations.

She has already stated that the presidential elections in Moldova were poorly organized: the authorities allegedly ignored her demand to increase the number of polling stations abroad and the number of ballots. Opponent Dodona even demanded the resignation of the foreign ministers and the CEC: after all, it is not terrible what it was like when ballots ended in one polling station in London.

In the headquarters of the socialists, meanwhile, there is a celebration of the victory of Dodon. Members of his team, reports RIA "News”, Publish in social networks photos from the banquet.

Smoothly in Moldovan society, of course, the election results will not be accepted. Immediately after the announcement of the preliminary results, appeals to protests began to be published in social networks. However, there have not been any serious and mass actions yet.

“I can say with confidence that we won this presidential election. Voting continues across the ocean. But at the moment we already got the 50% + 1 voice. We won, "- quotes Dodona "BBC".

As studies of the mood of voters show, BBC notes, I. Dodon promised to fully restore economic relations with the Russian Federation, cancel the association agreement with the EU through a referendum and develop the state based on Orthodoxy. Such a program resonates in the hearts of more than a third of the population.

And in Bulgaria, another pro-Russian candidate, Rumen Radev, took the final straight. He almost won the election, there is nothing to doubt. Currently, more than 99% of ballots have been counted.

Nominated by a committee headed by the BSP Party, non-party General Radev leads the second round in the presidential election by a large margin.

This is evidenced by the data of the CEC, made public after processing 99,33% of votes, notes RIA News".

It is indicated that 4,48% of Bulgarian voters voted against all, and the candidate for the post of head of state from the ruling party "GERB" Tsetska Tsacheva acknowledged her defeat. She made such a statement immediately after the first exit poll showed that the opponent had won.

Rumen Radev, we recall, is a prominent in Bulgaria oppositionist to the current government, he was nominated by an initiative committee headed by the Bulgarian Socialist Party. Radev - General and former commander of the Air Force.

The victory of Radev is a real political blow to the current ruling elite of Bulgaria, which maintained a policy of close rapprochement with the West, at a policy that was hardly aimed at maintaining partnership relations with the Russian Federation.

Because of the victory of the general in the elections, the Prime Minister of Bulgaria Boyko Borisov (the leader of the GERB), who supported rival Radev Tsachev, decided to announce his resignation.

Borisov said he was retiring because he was not ready to work with the new president from the party of political opponents. Due to the resignation before taking the office of head of state (at the end of January), a “technical” government will be formed in Bulgaria. The resignation of the entire Bulgarian government will most likely be held tomorrow, 15 November. At the same time, the powers of Rosen Plevneliev (the current head of the Bulgarian state) expire on January 22, 2017. The inauguration of the president is scheduled for this number.

In general, it should be noted, Bulgaria is experiencing a real political crisis. Hopefully, the new elect of the people will be able to solve a number of economic and political problems.

“Today in Bulgaria, democracy has defeated apathy and fear. And this is despite the government’s lies about the upcoming apocalypse. You have voted for changes, ”Radev quotes RIA "News - Ukraine".

The newly elected head of the country said that in foreign policy he hopes to continue the dialogue with Russia, but he will not turn his back on the United States. “During my presidency I would like to develop a dialogue with the leaders of Russia and the USA. In-depth dialogue with Russia will give a chance to reduce the level of confrontation and escalation of tensions, normalize the situation in Syria and Ukraine, we all really want it, ”the winner quotes "Russian newspaper".

Also, the elect of the people promised "to seek a solution on the issue of sanctions with colleagues from the European Union, especially with those who do not like sanctions too." However, Bulgaria "will remain an active member of the EU and NATO."

The Western press could not ignore the victories of the pro-Russian candidates in Bulgaria and Moldova.

The Reuters news agency called General Radev a "newcomer to politics friendly to Russia." Yes, during the election campaign, this man stated that he would not initiate the withdrawal of Bulgaria from NATO, but said that pro-European policy does not mean "anti-Russian policy," the newspaper quotes the agency "Vedomosti".

When asked whether Radev would become a pro-Russian or pro-American leader, the general replied as follows: “Until recently, I flew a Russian plane, I studied in America, but I’m a Bulgarian general, and I’m probolgar.”

The American press also managed to celebrate the victory of the pro-Russian forces in two countries. Charles Duxbury in "The Wall Street Journal" writes that pro-Russian candidates seem to have won the presidential election on Sunday in both Moldova and Bulgaria. This gave Moscow new allies, ready to stand next to her in her attempts to regain her former influence in some countries of Eastern Europe (“in the backyard”), the correspondent notes. And the European Union will probably have to “walk bruised” from these victories.

In the former Soviet Republic of Moldova, Socialist candidate Igor Dodon won by typing 55,5% of the vote (according to preliminary results). Dodona's pro-European rival, Ms. Sandu, lost in the second round.

In Bulgaria, candidate Radev took the lead, while center-right candidate Tsacheva lagged behind him. Prime Minister Boyko Borisov said he would resign.

These results became a “shot in the hand” for those who in Moldova and Bulgaria previously advocated strengthening relations not with Russia, but with the states of the West. Opponents of such a rapprochement with Western Europe and the United States assure the public that the years of “Western drift” brought too few dividends.

And now Dodon is ready to seriously improve relations with Russia - he said so in an e-mail sent to The Wall Street Journal, and the letter went away even on the eve of the vote.

But so far, both Moldova and Bulgaria have preferred a “decisive shift” towards the EU. In 2014, Moldovan lawmakers even signed an agreement with the European Union aimed at deepening economic and political ties. Bulgaria joined NATO in the 2004 year, and in the EU in the 2007 year.

But now Mr. Radev in Bulgaria speaks about the need to lift the EU sanctions against Russia, and in Moldova, Mr. Dodon intends to cancel the 2014 agreement of the year with the EU and restore trade relations with Moscow within the framework of a free trade union. The fact is that because of the European anti-Russian sanctions, Moldova suffered damage in exporting its food products. “The current government has destroyed our friendly relations with Russia,” said one of Dodon’s promotional videos.

It seems that the aspiration of Bulgaria and Moldova to change was in some way influenced by the victory in the USA of Mr. Trump, who is not seeking to spoil relations with Russia. Interestingly, if Trump's victory was difficult enough (according to the number of popular votes, Hillary Clinton was ahead of Donald by more than 600 thousand; Trump won by electors), then in Bulgaria and Moldova the pre-Russian candidates were quite tangible, despite the second election round. It is also curious that in all three cases women lost: in the USA, in Moldova, and in Bulgaria.

But the main thing that brings together the three winners is the attitude of the winners towards Russia and its role in geopolitics. Judging by D. Trump's pre-election statements, a preliminary conclusion can be made: the future president of the United States is hardly inclined to maintain tensions with Moscow.

The Bulgarian general, even though he does not talk about a strategic partnership with Russia, then, in any case, does not welcome sanctions and is ready to oppose them in conjunction with other opponents of prohibitive measures from the EU.

As for Dodon in Moldova, the obvious pro-Russian positions led him to victory. Without them, he would never have won. Accordingly, the pro-Western positions ensured the defeat of his rival.