November 15 2016
85
Having previously raised the topic of domestic airliners and everything connected with them, I decided to continue it: I don’t really keep quiet. Actually, as for me, it's not the journalists who should investigate all this, but the FSB. Because it is still about treason.


IL-96 and Vaso. Almost tragedy with a good ending 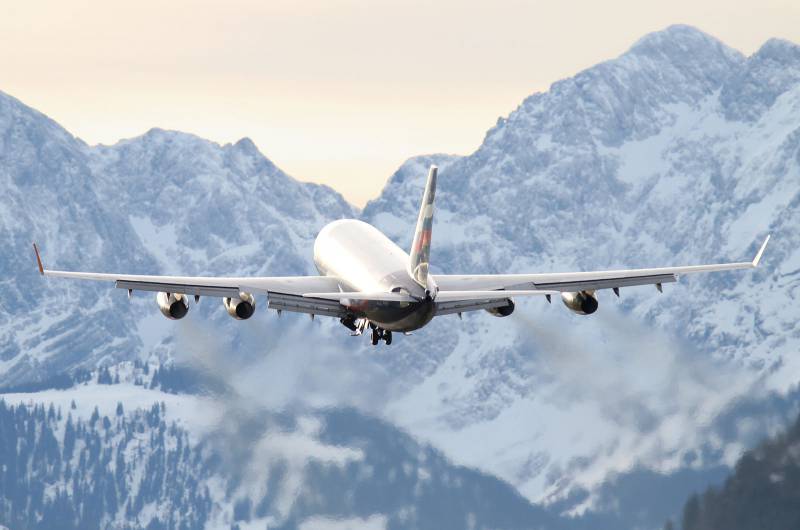 30 March 2014, the Aeroflot airline IL-96-300 with the tail number RA-96008, flying from Tashkent, made the last landing at Sheremetyevo airport. More in the Russian sky, these planes did not rise. We are talking about Russian air carriers, in the detachment "Russia" "Eli" still fly.

The decommissioning of IL-96 was talked a lot and with fervor. Aeroflot officials have long and thoroughly explained that the reason for the withdrawal of the IL-96-300 aircraft from the company's fleet was their “economic inefficiency”. However, the term “economic inefficiency” requires a thorough analysis in parts.

You can talk and compare Il-96 and Boeing 747, who are less noisy and more economical, but I will not do that. I will ask only one question:

For whom is IL-96 less efficient in terms of money?

As a response, I refer to the interview with the Aeroflot instructor pilot Vladimir Salnikov that was published and remained almost unnoticed in 2010. In those days, Salnikov was still the crew commander of the IL-96 and had a personal raid over the 20 000 hours.

Salnikov said that the Airbus company in the contract for the sale of aircraft directly indicates: the intermediary receives 10 percent of the transaction amount.

It would be logical to ask, how do the captain of the aircraft know such details? You can question it.

However, the company "Boeing", did not hesitate, said at the same time that in the 2009 year, 72 spent a million dollars to bribe officials in the CIS. And if, for example, “Aeroflot” instead of Il-96 acquires several “Boeings” for a billion dollars, 100 millions of them immediately go to the pockets of the right people.

This can already be called “efficient economy”. For whom, of course.

Having written off six IL-96-300, Aeroflot immediately considered the conditions and procedure for the leasing of six new Boeing 777-300ER.

Vitaly Savelyev, CEO of Aeroflot, said: “We have the youngest park in Europe - 5,5-5,7 of the year, and the write-off will reduce its average age to four years. No matter what anyone says, new airplanes are always more attractive to a passenger. ”

Here is a man who can safely and bravely be called a traitor. Moreover, the Boeing actually sold for a good amount in US dollars.

Roughly take, 6 years - is the term for the aircraft?

You do not need to be an expert to understand what is not. "Carcasses" flew at the age of 20. That is, "Elah", at least, could have worked in our sky for 15 more years, if not more.

So “Aeroflot” got rid of “economically inefficient” work with the domestic aviation industry and with an accelerated, but absolutely unnecessary update of the park, launched the “earning” mechanism for its commanding staff.

It is logical, by the way, because neither Ilyushin, nor Tupolev 10% will save Saveliev in his pocket.

Evidence, "proofs" and so on? For proof, just look at the field of any Russian airport.

But Saveliev is not alone. For such frank impudence, he simply had to have a patron of high heights. And there is such a patron, and not one.

In the previous material I called Viktor Khristenko a traitor, and I repeat now.

Here, in this warm and not poor company, we will add also Alexander Livshits.

“Unfortunately, there has recently been an extremely dangerous trend of thoughtless lobbying of the interests of the domestic aircraft industry by the government structures. Please support the issue of the inadmissibility of the mass launch of the Tu-204 aircraft on Russian air routes and the continuation of the leasing of advanced models of Western aircraft ”.

The result of the “work” of Livshits was an order of the Russian Prime Minister Chernomyrdin VS N1489P from October 7 1996 of the year.

“To make a decision on full exemption for a period of five years from customs duties, levies and taxes on Boeing-750 aircraft, Douglas-DS 10 aircraft imported into the territory of the Russian Federation and operated on domestic and international airlines.”

As a result, not only the manufacturing plants of the VASO type aircraft, but also the manufacturers of aircraft engines that became useless: Perm Motors and Rybinsk Motors were actually destroyed.

A representative of Pratt & Whitney was openly hired as a shareholder in Perm Motors, whose CEO said: “In 10-15 years, Russian aircraft will become obsolete. We want to be replaced by American ones with Pratt & Whitney engines. "

Type certificate for IL-96-300 aircraft with PS-90A engines was issued on December 29 of 1992. Passenger traffic on the IL-96-300 Aeroflot launched 14 on July 1993 on the route Moscow - New York. The PS-90A engine was certified in accordance with ICAO noise regulations and with an emission margin of 3 on April 1992.

11 August 1992 at the first exhibition of aircraft in Zhukovsky, general director of the CUMA (Central Directorate for International Air Services, now Aeroflot) Vladimir Potapov, aircraft designer Heinrich Novozhilov and general director of the Voronezh Aircraft Building Association Albert Mikhailov signed the decision “On the purchase of IL-96M aircraft, which were signed by IL-96MM, Al-Mikhailnogorsk, and Alter Mikhailov 2337М / Т with PW-20 engines and a complex of Collins navigation equipment ”. Aeroflot ordered XNUMX machines.

According to the state development program adopted in the same 1992 aviation Until 2000, it was planned to build equipment for domestic air carriers of 145 IL-96-300 and 530 Tu-204 of various modifications.

I draw the attention of readers to the fact that these figures almost coincide with the current number of Russian fleet of main aircraft. With one exception, after a decade and a half, 100% of aircraft in the category of long-haul carriers accounted for Boeings and Airbuses.

Still worth remembering the Tu-204 disaster in Vnukovo in 2012. The pilots then, as if on purpose, did everything that in no case can be done. The IAC conducted the investigation for a year and completed it without explaining the reasons for their behavior, entangling everything worse than the West in the case of the Malaysian Boeing. Many intelligent people openly talked about the fact that this disaster was a diversion, the purpose of which was to prevent the production of the ship.

Naturally, every accident with a domestic aircraft was the reason for the ban on production in favor of the "Boeing", which drew no less.

But how could Medvedev's “government” prove the opposite?

Yes, our aviation market has been very successful with claims about the superiority of "advanced models of Western aircraft".

“To say that the only IL-96 wide-body aircraft produced in Russia can successfully compete with the Airbus and Boeing aircraft, I cannot. But we are not abandoning the production of wide-bodied aircraft. "

Even as they could refuse!

10 August 2009, the head of the Ministry of Industry and Trade, traitor and traitor Viktor Khristenko decided to remove the "unpromising" IL-96-300 from production.

Meanwhile, the real picture is somewhat different from what we have been successfully taught over the years.

The Air Transport Review magazine (No. 47, 2003) contains data from the State Research Institute of Civil Aviation on Il-96-300, Il-96T and Il-96-400T, which correspond to Il-96М, which Aeroflot refused. Drawing in the coordinates of the "load-range" graphs for modifications IL-96 and real numbers for Western widebody (calculated by the same methods as ours) gives a completely unexpected picture.

It turns out that the IL-96М / T, which did not arrange Aeroflot, could do the same job (transport the corresponding number of passengers / cargo to the same range) as the Boeing 777-300ER and Airbus A340-600.

Having mastered the 50 types of military and civilian vehicles, putting on the wing of the first IL-86 and IL-96 test pilot, Hero of Russia Anatoly Knyshov recalled:

“When I flew to the States on the IL-90 in the 96's, and I still had fuel for three hours of flight in the tanks, the Americans were terribly surprised. One of the representatives of their aviation authorities then said bluntly: for some positions, this type of aircraft is unattainable for us. ”

In other words, IL-96-300 was not inferior to Boeing, and surpassed it in some indicators.

And today, even without flying, IL-96-300 is a worthy competitor for "Boeing" and "Airbus." With the same performance, the Boeing-777-300ER takes off by 30 percent, and the European A340-600 - by 40 percent heavier than the IL-96-300. The airlines and, ultimately, the passengers pay for these extra tons of weight of the western liners. That is, we.

According to all design rules, the four-engine Il-96 have an advantage of several hours of flight over two-engine competitors on long-haul routes. For example, on the route New York - Hong Kong (R222) in a twin-engine airliner, the passenger suffers extra 2,5 hours.

“IL-86 and IL-96 were originally created as twin-engined. But then, according to ICAO standards, in order to fly across the ocean to another continent, four power plants were required. When we made such machines, the USA rewrote the ICAO standards for their twin-engine Boeings.

The technical level of the IL-96 is so high that neither the Boeing 787 nor the Airbus A2013 soared into the 350 year do not reach it. It is enough to compare the parameters of the "load-range", and there will be no doubt.

Against this background, the intention to develop a new long-haul airliner with China, seemingly as a competitor for A350, looks strange. The stated goal is commissioning from 2023. Planned multi-billion dollar "investment countries in a joint venture, comparable, as reported in our press, with the cost of projects" Boeing-787 "and" Airbus-350 ".

The question naturally arises: why and to whom it is beneficial?

Why invent something, if you can massively build "Elah", which with the new engines of the PD-14 series will become more economical than fifteen percent and will fly proportionally further?

Oh, yes, how can it, but “investment development” ... That is, the possibility of stealing several hundred million dollars with impunity.

But, besides IL-96, there is also Tu-204. About "Carcasses" is generally a separate conversation, in no way inferior to "Ilyushin". But the essence is the same.

Today in Russia only Putin is a patriot of the domestic aviation industry.

“The president flew, flies and will fly only on aircraft of domestic production,” said Alexander Kolpakov, the manager of the head of state, two years ago.

That is, the president of Russia fully trusts Russian airliners.

And the Russians "Aeroflot" and the rest of the carriers stubbornly denied the right to fly on domestic airliners. Cheaper, faster and safer.

That's right, for this the bribes from the "Boeing" and "Airbus" in your pocket will not fall.

If you call a spade a spade, then it is treason. And with this, really, something needs to be done.

Ctrl Enter
Noticed a mistake Highlight text and press. Ctrl + Enter
We are
60 years ago made the first regular flight of the Soviet passenger liner Tu-104IL-96 and Vaso. Almost tragedy with a good ending
85 comments
Information
Dear reader, to leave comments on the publication, you must to register.