November 14, 2016
8
An-225 "Mriya" - a Soviet transport jet aircraft of very large carrying capacity developed by the Design Bureau. OK K. Antonova. It is the largest aircraft in the world.


The reason for the construction of the An-225 was the need to create aviation transport system for the Buran reusable spacecraft project. The main purpose of the heavy transport aircraft in the framework of this project was to transport various components of the launch vehicle and spacecraft from the place of production and assembly to the launch site. There was also an important task of delivering a space shuttle to the cosmodrome in the event of its landing at alternate aerodromes.

In addition, the use of An-225 as the first stage of the spacecraft air launch system was assumed, which required at least 250 tons of aircraft capacity. 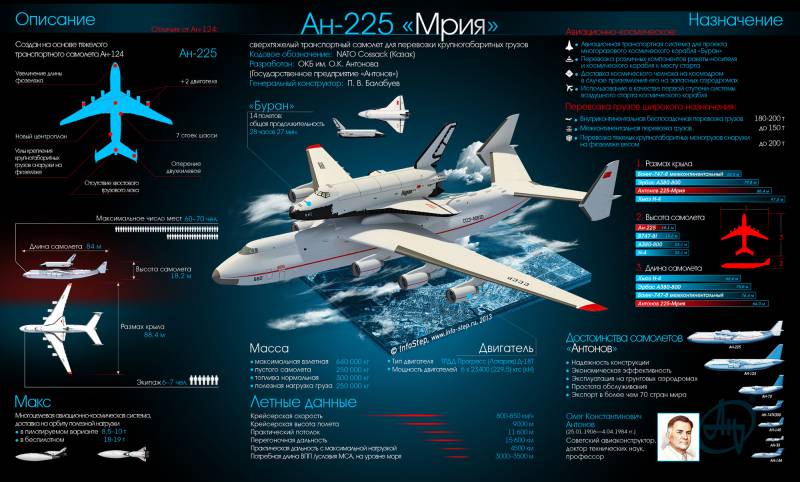