"Som": as a Russian submarine sank in Sweden

November 12, 2016
28
Aland Islands, 2015 year. The video recording of the sunken submarine, made by the deep-sea apparatus of the search group Ocean X Team, was first watched by the Swedish military. “The water is very clean and cold here,” the divers told. “The submarine was preserved in it almost unchanged, and at first we doubted - maybe it is modern”? It turned out quickly: at the depth of 87, the remains of a Russian submarine, but a sunken 99 years ago, really lay there. On the side clearly read: "SOM". 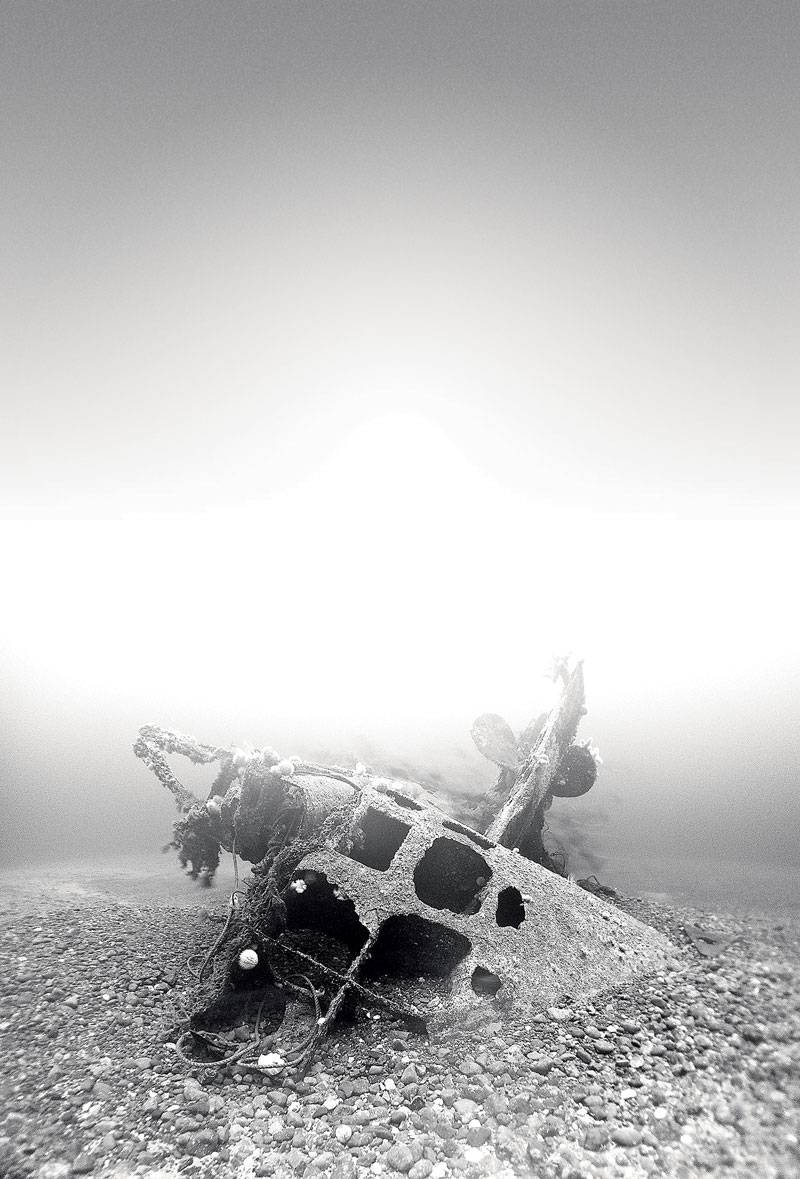 During the First and Second World Wars, as well as the Soviet-Finnish, on the Baltic Sea, 46 of Russian and Soviet submarines were killed in campaigns. Most of them have not been found so far.

On April 29, while on combat patrol 70 miles south of Vladivostok, sailors spotted a pair of two-pipe Japanese destroyers. Captain "Soma" Prince Vladimir Trubetskoy gave the command to dive and go on the attack. However, the Japanese signalmen noticed the danger. The ships turned around and quickly gained full speed, and when the submarine rose “under the periscope”, they were already out of its reach. And although the fight did not take place, the meeting was memorable: according to the historian fleet Eduard Ignatiev, this was the first collision of a Russian submarine with a real enemy.

The newborn "Som" bore the name "Fulton", in honor of the designer, who in 1800, created one of the first working models of submarines. On his "Nautilus" for the first time used horizontal rudders and propeller, there was a supply of compressed air and even separate engines for surface and underwater travel.

One of the followers of Robert Fulton was Irish nationalist John Holland who fled to the United States. Apparently, he knew only two passions - the love of mechanics and the hatred of the British, and after impressive news of the first experience of the combat use of submarines, they merged into one. In the submarines, Holland saw a means to crush the invincible Grand Fleet. The compatriots of Holland quickly appreciated this opportunity, and the Fenian Brotherhood became a sponsor of its first developments. With their support, the engineer, one by one, created several models, experimenting with structures and engines. But the main find happened in 1881 year, when Holland placed on the submarine a device for throwing mines, a prototype of torpedo tubes of all subsequent generations. And if the first model of Holland was being teased, they say, “one eccentric from Limerick built himself a floating coffin”, then equipped with three torpedoes “Holland-6” has already been accepted into the service of the US Navy.

But with success came the problem. In 1900, the inventor had a conflict with investors who bought it from Holland Torpedo Boat Co. Holland was squeezed out of the company and, when he resigned, erased the memory of him even from the name, turning the company into Electric Boat Co. The Fulton, built in 1901, was Holland’s ninth and last submarine, which he managed to complete the work on. 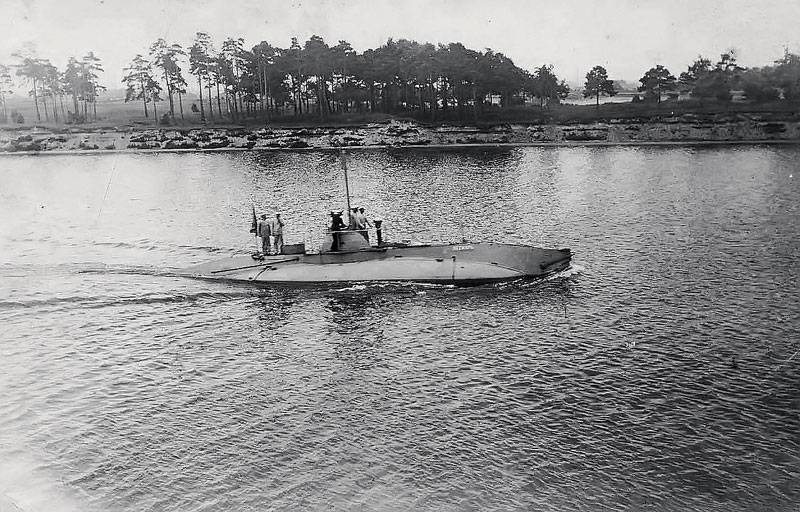 The fate of the other submarines of the series was quite ordinary. In the 1918, Beluga, Pescari, Sterlet, and Pike were captured by the Germans in the port of Revel and scrapped. In 1919, the "Salmon" and "Sudak" flooded the British in the outer roadstead of Sevastopol. They were raised by the Expedition of Special Purpose Underwater Operations in the 1932 year, and were also scrapped. 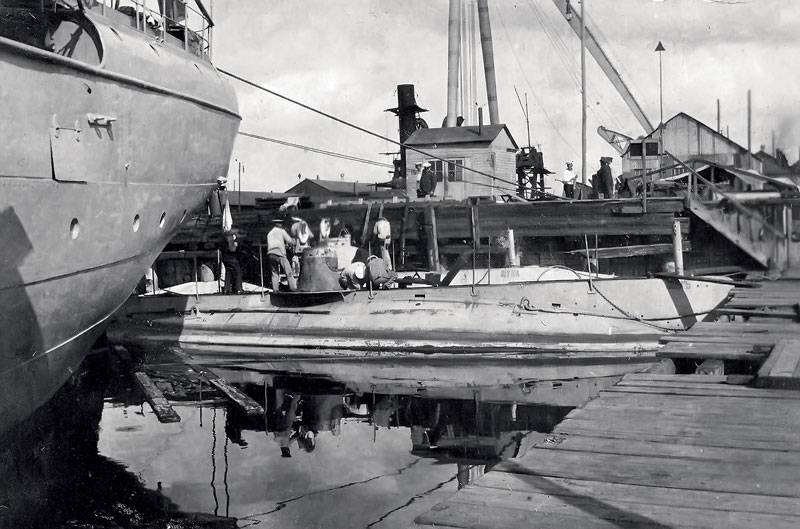 From the previous model, the submarine borrowed an enviable stability. Holland refused to vertical immersion due to the water inlet, moving to a fast oblique movement due to the engine and horizontal rudders. The ammunition included three torpedoes, a pneumatic gun for dynamite shells was mounted on the stern.

“Fulton” - not yet “Som” - was built at the shipyards in New Jersey and made the transition to Washington in 1902, perfectly showing itself even during an incredibly strong storm. The US military did not rush to buy a new series, but they became interested in Russia in the submarine.

With the beginning of the Russo-Japanese War, the country's naval department had to drastically change its plans. The Baltic Shipyard began the urgent construction of several heavy submarines of the "Killer Whale" series. The order for the manufacture of lightweight submarines was received by the Nevsky Zavod, which concluded a contract for the purchase of Fulton and the production of a series of its analogues.

Despite US neutrality, the dismantled Fulton disguised as a steam boiler went to Kronstadt, and from there to the shipyard of St. Petersburg. 31 May 1904 of the Year “Fulton” became “Som” and was enrolled in the Siberian Flotilla, and in 1904 — 1907 years it was joined by six new submarines, which also received “fish” names - “Pike”, “Pescari”, “Sterlet” , Beluga, Salmon and Sudak.

According to the original plan of Vice-Admiral Karl Jessen, a detachment of submarine destroyers was to operate directly in the Japanese ports. But the plans did not come true, the fault of which is the distrust of the naval commanders for the young “underfloor”, and the constructive flaws in the submarines, and just confusion. The task of the submariners was set more modest: "The maintenance of the patrol service, close intelligence and protection of the coast near the fortress."

However, this turned out to be an ordeal. Rolling and lack of ventilation, leakage and humidity are the usual atmosphere of underwater trips of that time. Small, tightly packed volumes did not allow even sleeping places to be organized, and the sailors fell without undressing where they would have to. Onboard mechanisms were unreliable, torpedoes were corroded quickly by corrosion.

Against this background, “Som” stood out for the better. After the war, summing up the actions of Russian submarines, designer Mikhail Beklemishev noted the coordinated actions of his crew and commander, good controllability and accuracy of torpedo firing.

After the war, “Som” and his brothers continued their service in the Pacific. They were used for training personnel and patrols, and at the same time passed a series of upgrades. Many mechanisms were updated, submarines received more advanced periscopes, and in the 1909 year they were equipped with new engines.

In the same year, 1909, the hereditary Cossack Chrysanf Buguraev entered the St. Petersburg Marine Corps. It is not known what the sea so fascinated him with, but, having thrown a brilliant career of a cavalryman, he became a midshipman. Bugurayev served on the battleship Andrey Pervozvanny, in the year 1910 even managed to sail on the cruiser Aurora, and then entered the Diving Training Unit (UOPP). In 1916, at the time of the absence of Commander Soma, he will perform his duties for the first and last time.

At the very beginning of the First World War, Som managed to visit the Black Sea Fleet, conducting patrols on the distant approaches to the port of Odessa. But in the summer of 1915, the submarine was again delivered to Petersburg - now Petrograd. After assembly and testing, Som moved to its last base, in Mariehamn, the capital of the Finnish Aland Islands.

Aland Islands block the entrance to the Gulf of Bothnia and allow you to control the North and East Baltic. Mariehamn became the western outpost of the Baltic Fleet, where the St. Nicholas mother ship was located. Russian submarines operated in conjunction with several English ships that were able to force the Baltic Straits blocked by the Germans. 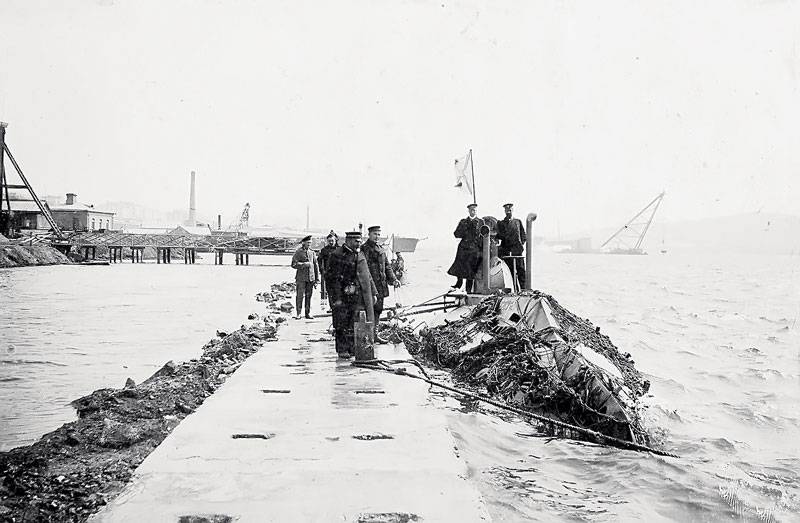 The submarine of John Holland “Fulton” (“Som”) became the basis for the creation of class A submarines (USA), Holland (Great Britain), Som (Russia) and No. 1 (Japan), as well as O-1 submarine (Netherlands) and Hajen (Sweden). 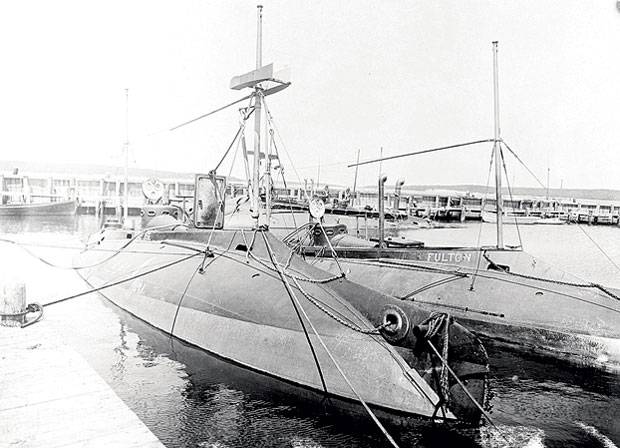 In 1915 — 1916, the Allies carried out joint patrols of the sea, although this theater remained secondary for both Great Britain and Germany. Despite several glorious battles at Gotland and in the Gulf of Riga, the task of the submariners was mainly to prevent the Germans from penetrating the Gulf of Finland and to retain control over the freight traffic.

By this time, “Som” remained in service for more than ten years. Assigned to perform the duties of commander Buguraev had already walked on submarines of this class, but the whole year before that he spent on submarines four times heavier. The new watch "Soma" Boris Sasko was a submariner and did beginners, he graduated from courses UOPP only in April of the same year.

May 10 “Som” conducted patrols and, being between the Svartklabben lighthouse and Arholma island, noticed the Swedish transport “Ongermanland”. Sweden remained neutral, but continued careful deliveries to Germany. Therefore, the search was a routine procedure, and the captain of the transport prepared to fulfill the requirements of the military, whose periscope followed a parallel course in a light day fog. Suddenly, the submarine turned to the ship and a minute later faced the bow.

Taran at that time was formidable weapons surface ships crashing submarines. "Som" ran into such a blow himself. According to an expert on stories submarine fleet Andrei Nikolaev, Lieutenant Bugurayev could use a non-combat situation for training maneuvering, but misjudged the progress of the ship and the submarine.

In an effort to avoid a collision, he gave the command to urgently dive, but hurt the ship hull. “Som” received an extra push and, driven by the rudders, quickly went to the depths. On 20, the ballast was to be blown through, but due to the high speed of the dive, it could simply waste the supply of compressed air. And if the strike on the steamer did not lead to the appearance of a hole, the Bugurayev, Sasko and 16 sailors "Soma" remained alive until the air ended.

“You should not make categorical conclusions,” adds Andrey Nikolaev. - Command errors are possible, but it is also possible that the accident occurred due to a technical failure. Or maybe the ship made a dangerous change in course. This is only one of the versions, and it will be possible to establish the truth only when “Som” is raised. ”

Divers Dennis Esberg and Peter Lindbergh became really interested in the search for the lost ships after they managed to find the place of the sinking of the schooner Jönköping. All in the same 1916, she carried a load of champagne and cognac to the court of Nicholas II, but was torpedoed by a German submarine. In 1998, the remains of the ship were brought to the surface along with 2400 bottles of real Heidsieck & Co Gut Americain brute. Champagne was excellently preserved and was in great demand at auctions, despite the record high cost. Since then, Esberg, Lindbergh and their associates from the Ocean X Team have continued to work as “archaeologists of the sea”. On account of the team - more than a dozen finds, but they did not come across a whole submarine before.

In 2014, divers worked on the iXplorer, surveying the bottom near the Aland Islands, where, according to the instructions of some sources, something interesting could be found. "We had the coordinates, and we began to search, not even knowing what we can find," said Dennis Esberg. “There are plenty of sunken ships there, but the fact that we got a submarine turned out to be completely unexpected.”

Historians, sailors and museum workers from many countries will be happy to see such an exhibit. However, apparently, Russia should play the first violin in the “Soma” lift. Indeed, the desire to participate in this operation was voiced by several public organizations, government officials, and even a couple of ministries. However, Ocean X Team has not heard anything about it. "From Russia," said Dennis Esberg, "we have not received a single appeal yet."