November 11 1907, after a lot of unsuccessful and unsuccessful flight attempts, the airplane created in Europe for the first time covered a distance of more than a kilometer by air. Aircraft "Voisin" №1, developed by French engineer Gabriel Voisin, flew under the control of the pilot Henri Farman 1030 meters and lasted 114 seconds in the air.

However, compared to the results that the Wright brothers had achieved by the time, this success did not look impressive at all, because the Wright Flyer-3 had flown more than 1905 kilometers in 38, and the flight duration was 39 minutes. In technical terms and in terms of safety, the Vazazin machine was also inferior to the "Flyer". Unlike him, she did not manage on a roll, therefore she was very unstable and flew only in calm, since a gust of a side wind could overturn her, and there was nothing for the pilot to fend off the slope.

In addition, “Voisin-Farman” differed weak maneuverability. He could only make very slow and smooth “pancake” turns, and his primitive propeller with flat blades cut from aluminum sheets had a much lower efficiency than Wright's carefully calculated screws with profiled blades. The French airplane surpassed its overseas competitor only in terms of power supply: it was an eight-cylinder engine in 50 horsepower, and on the Flyer it was a four-cylinder 30-strong engine.

In the future, Farman founded his own aircraft manufacturer and significantly improved the Voisin aircraft, equipping it with a lighter rotary motor and ailerons, thanks to which the device became much more stable and safer, and the handling improved noticeably. Already in 1909, Farman repeatedly blocked the Wright range record on his airplane, flying without landing first 180, and then X-NUMX cloomers. However, this is different история.

On the screen saver - "Voisin" №1 in four projections. This double unit was the first airplane, which was built in series and went on sale. In total, about 60 copies were released within a year and a half. The car shown in the picture was purchased by the famous American magician Harry Houdini. 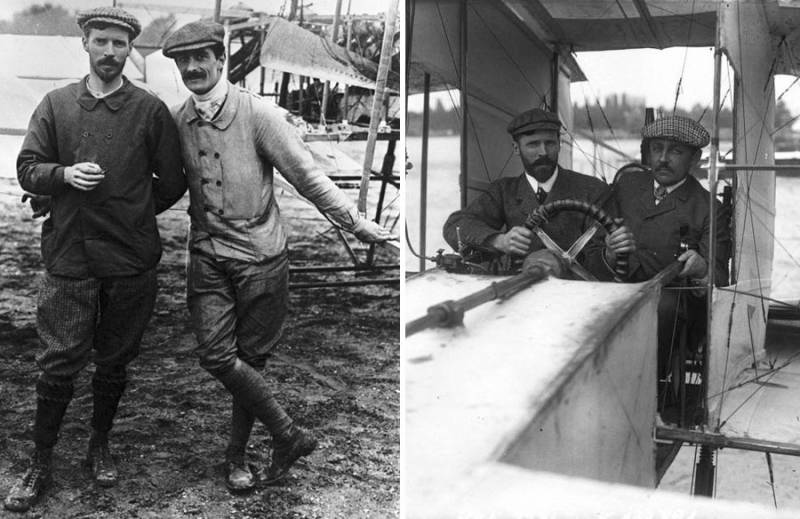 Left: Henri Farman and Gabriel Voisin. Right: Farman in the cockpit of his airplane with another pioneer. aviation Ernest Arshdekon. 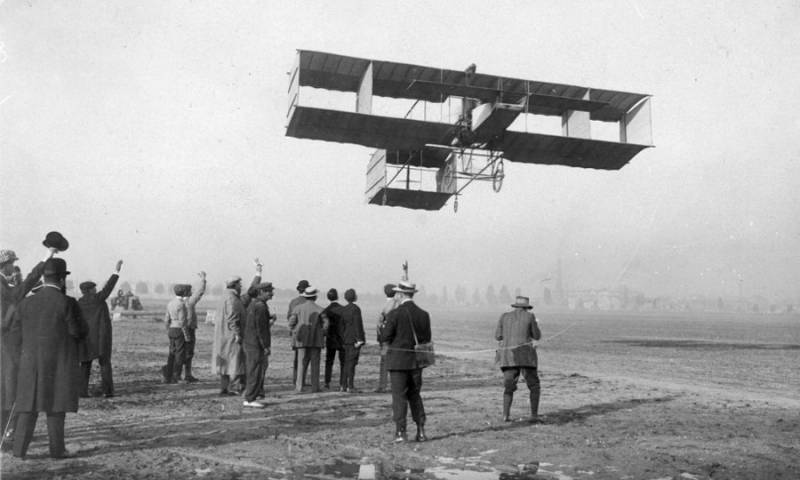 "Voisin" №1 and a group of aviators at the airport of Murmelon, where Farman organized the world's first aviation school. The device shown in the photograph did not have a linen skin of the fuselage gondola.

"Voisin" №1 with Farman's mannequin at the helm in the Paris Aviation History Museum. 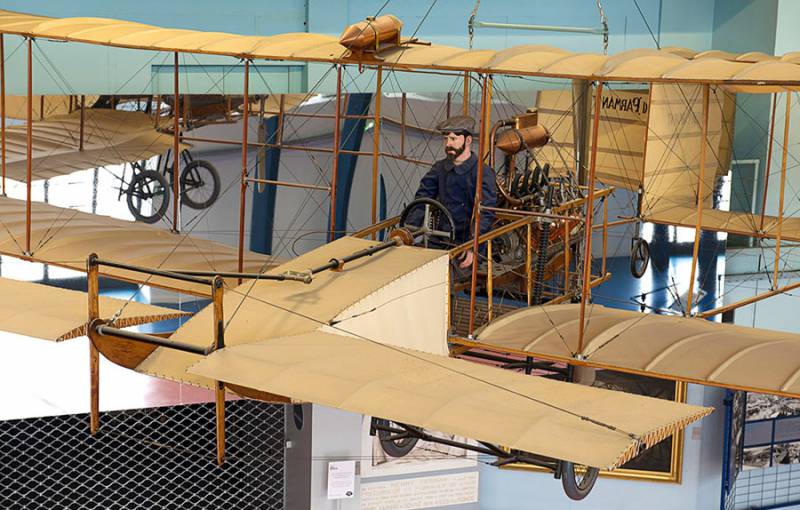 Gondola close up. The plane was controlled by the steering wheel. Moving it back and forth, the pilot rejected down and the top of the elevator, and the rotation of the steering wheel was transmitted by cable rods to the rudder. 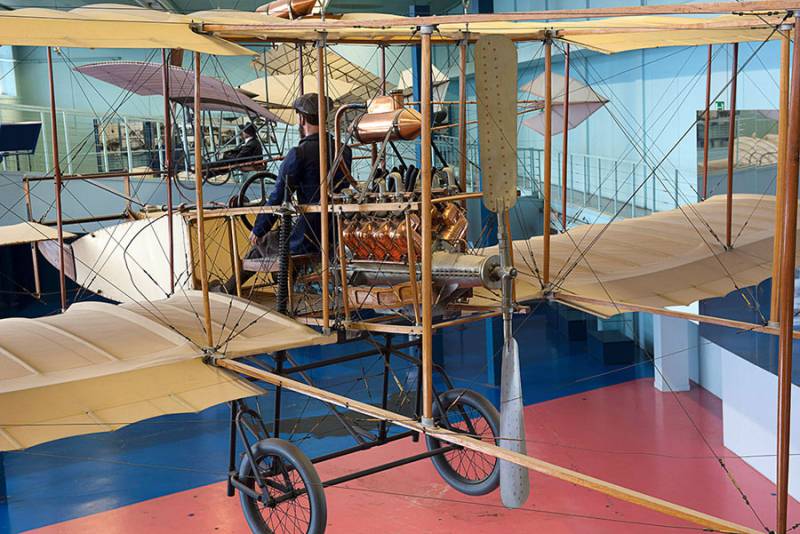 The power plant of the airplane is an Antoinette 50-strong eight-cylinder water-cooled engine with a two-blade metal propeller. Interestingly, the motor did not have a radiator, but only a cooling expansion tank for water. The plane was not designed for long flights, respectively, the maximum engine operation time did not exceed a few minutes, and during this time the water in the cooling system did not have time to boil.