One hundred days before the reflection of the "Russian threat"

November 12, 2016
57
British "former" choir began talking about the imminent Russian invasion of Europe. Former head of the British Royal Air Force Michael Graydon worried: would the Americans not leave NATO after the victory of Trump? If left, Putin will take advantage of this. Mr. Shirreff, who previously worked as deputy supreme commander of the NATO Joint Armed Forces in Europe and wrote a book about the nuclear war between the Russians and the Baltic States, agrees with Graydon. 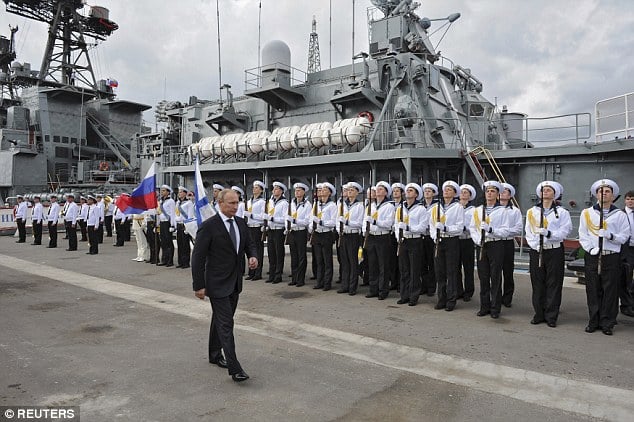 What happens if Donald Trump refuses NATO? The threat of war with Russia - that's what!

Three former British generals, and with him the admiral, reported that the UK and Europe should heed their warnings. Otherwise, the “Russian invasion” is inevitable.

He writes about it "Daily Mail".

Sir Michael Graydon, former head of the British Royal Air Force, said that without the US, NATO would not be strong enough to protect Eastern Europe. This man is sure: Trump quite seriously said before the elections that the NATO member states should pay America for their security. Therefore, Europe should think. There are real concerns about the future of NATO. "If the US leaves NATO, it will be an absolute catastrophe, which Vladimir Putin wants exactly." The former military leader called for a "firm position" on the Baltic Sea. The United States there will be very missed.

General Richard Shirreff, who worked as deputy supreme commander-in-chief of the Joint NATO Forces in Europe until 2014, echoes his military counterpart, although he expresses hopes for Mr. Trump’s sanity.

Schirreff expects to hear from Trump a different rhetoric, not the one that took place before the election. Trump must make a “very sober and serious statement” that if “any questions” arise about an attack on a NATO member, then the United States, led by Trump, “without any hesitation” will come to the defense of the attacked country. Anything that was “less than this” would become “really bad the news for NATO. "

The publication reminds that in one of his books Mr. Shirreff depicted a nuclear war with Russia, which in 2017 year invaded the Baltic countries.

The newspaper leads and other opinions.

Lord Dannatt, the former chief of staff of the armed forces, does not share Shirreff’s hopes and is convinced that Mr. Trump’s election statements should be taken seriously.

According to him, if the US leaves NATO, this alliance will cease to exist.

Julian Lewis, chairman of the House of Commons Defense Committee, told the Daily Mail that Trump’s rule could put Europe in a “catastrophically weakened position.”

Lord West, a former security minister, believes that Trump will force "all of Europe to spend more" on defense.

Also, the publication reminds that NATO Secretary General Jens Stoltenberg congratulated Mr. Trump on his victory in the election, noting that he “with impatience” is waiting to start working with Trump on “strengthening NATO, keeping Europe and America safe”.

But Richard Kemp, who commanded the troops in Afghanistan, believes that the world will fear Mr. Trump. According to him, Trump will oppose Putin for the sake of showing that he will not bow to Putin. And people "will be afraid of him."

There is another interesting opinion on this. He was also conveyed to readers by the newspaper. "Daily Mail".

And it is also expressed by the "former."

According to him, the elected president of the United States must show "strength" because Russian President Vladimir Putin "respects only a firm hand."

Rasmussen noted that the Baltic countries and Ukraine are "close friends of the United States." He added: “Neglecting their interests will have far-reaching consequences and will mark the beginning of the end of the [global] system headed by the United States.”

And another opinion from Europe about Trump and defense issues, published in the third article "Daily Mail".

The election of Donald Trump has caused a mass of responses and “warnings” that Europe will not always be able to rely on American protection. The head of the European Commission, Jean-Claude Juncker, in particular, has already expressed "concern." According to him, a “commonality” of interests in defense matters is required.

Juncker says: “We need more security in Europe, and I mean more than one anti-terrorism struggle.”

According to Juncker, a different way of “organizing European defense” is needed.

“Regardless of the outcome of elections in the United States, Americans will not always monitor the security of Europe. We have to provide it ourselves, ”the politician believes. That is why the continent needs a “new approach” to the creation of a “European defense community ... including a European army.”

With Juncker solidarity in Germany: the then Minister of Defense Ursula von der Lyayen remained, in her words, in "deep shock" after the victory of Trump. She remembers that the newly elected president had previously challenged the NATO Mutual Defense Pact.

Mrs. von der Lyayen said that the continent must be ready to stand up for itself. She said that she should “invest” funds “in the modernization of European security.”

But British Defense Secretary Michael Fallon debunked the idea of ​​creating a common European army. Last month, he said that London continues to "oppose any new military structure that will generate a duplicate layer of command and control."

In general, we note, Europe not only does not welcome the election of Mr. Trump (by the way, not yet formally completed) to the US presidency, but even in some way panics, fearing “Russian aggression” and the openness of the EU members with all the power of NATO. After all, Trump made it clear before the elections that the United States will be ready to defend only those who will pay for the defense as it should be.

The excitement of European politicians about defense reached such a strong degree that even a special meeting was scheduled in the capital of Belgium. On November 13, the foreign ministers of the EU member states are to meet there. The idea came from Germany.

There is only one hope in Europe - that Trump will show Putin "power."

Trump was taken for a hundred days.