Lebanon has gained a president 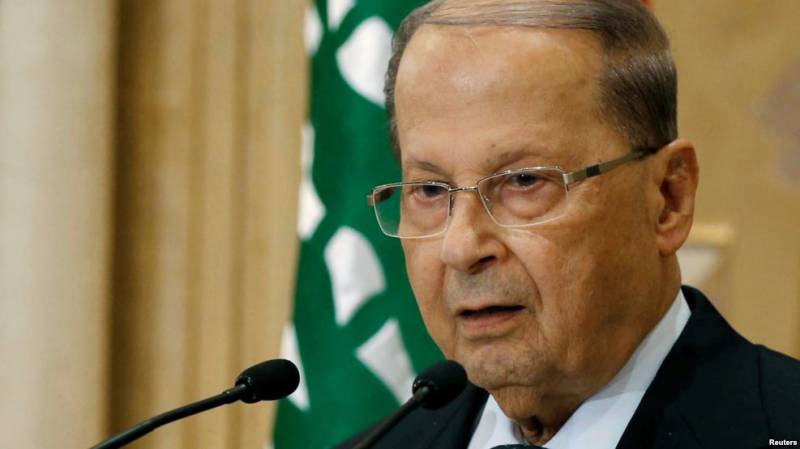 Of course, the US presidential election was one topic that overshadowed many others. But during this time an event occurred that was rather favorable for the Syrian Arab Republic and, therefore, for Russia supporting it. In neighboring Lebanon with Syria, after much agony, they finally elected a president — the Maronite Christian Michel Aoun. Yes, the events in Lebanon strongly influence what is happening in the SAR, and vice versa. And not only because of the common border.

The head of state in Lebanon is elected by parliament. According to the established tradition, the president of the country is a Christian, while the Sunni Muslim becomes the prime minister and the Shiite is the speaker of the parliament. Such a disposition, in theory, should reflect the confessional diversity of Lebanese society. In practice, it turns out that interfaith differences, especially aggravated during the Syrian conflict, entails considerable costs.

In May 2014, the authority of the previous Lebanese President Michel Suleiman was completed. Since then, parliament has tried 45 once to choose a new leader of the country. But the very discord, sown by the "Arab spring" in Syria, could not but affect Lebanon. Only if in Syria external forces provoked the war, then in Lebanon this resulted in a protracted political crisis that lasted almost two and a half years.

And it's not just about the confrontation between the Sunnis, on the one hand, and Christians and Shiites, on the other. In Lebanon, there was a fierce struggle between the two main political forces - the 8 March Coalition and the March 14 Coalition. True, the religious factor here also plays a role, since the first block is represented mainly by Shiites and Christians, and the second by Sunnis. But it is impossible to reduce the political opposition solely to religion. The fact is that the 8 March bloc is patriotic, and the 14 March bloc is both pro-Western and pro-Saud (maybe it sounds weird, but it is).

All the time, while the bloody conflict in Syria lasts, the forces of “14 March”, first of all - “Al-Mustaqbal” - support anti-Syrian terrorists. Without this support, the latter, in particular, it would be difficult to kindle a war in one of the key provinces - Homs. This province borders on the north of Lebanon, and from there the militants constantly received money, weapon, prodpayk and other help from Saad Hariri - a figure known for his ardent anti-Syrian position.

Saad Hariri’s father Rafik was assassinated on February 14 of 2005 in Beirut in a terrorist attack. He was a former prime minister who at the time headed the opposition. First of all, he advocated the withdrawal of Syrian troops from Lebanon (which were introduced there after the civil war as peacekeepers). In his death, the West hastily and without proof accused Syria and Bashar Al-Assad personally. This was beneficial, above all, the United States, which had already made the ATS among the "rogue states." The so-called “cedar revolution” broke out in Lebanon, international pressure was exerted on Syria (in which, alas, the Russian Federation also took part), and Damascus withdrew its troops. At the same time, Saad Hariri was raised.

On the other hand, the Shiites actively opposed the withdrawal of Syrian troops from Lebanon. And they were right - a little less than a year passed, and the country was subjected to Israeli aggression, which would hardly have been possible if Syrian forces remained there.

Among Christians there was no single position on the issue of Syrian troops. General Michel Aoun was among the long-time opponents of the Syrians in Lebanon. He even had to fight for the so-called "independence of Lebanon" and emigrate to France after the defeat. The Cedar Revolution gave him the opportunity to return to his homeland. However, today, despite all this, Aung is one of those who can be called a Syrian politician. In all his statements, he clearly and consistently supported the legitimate authority in Damascus, for the defeat of anti-Syrian terrorists and for the establishment of peace in the SAR.

So, here are two politicians who have reason to oppose Syria. Hariri Jr. throughout the war in the neighboring country supported the militants, as if avenging for the murder of his father (although the fault of Syria is very, very doubtful). Michel Aoun, despite all personal insults, on the bitter emigrant share - managed to rise above it all and actively supports the suffering country, condemned by the West and the Arab reactionary monarchies to destruction.

The confrontation between key political forces after the departure of Michel Suleiman led to the actual paralysis of the work of parliament, to its inability to elect a president. Most often, as soon as the parliament met for this purpose, deputies of one or the other forces left the hall.

The breakthrough occurred on 21 in October of the current year, when the head of the 14 March coalition, Saad Hariri, finally decided not to stand up and prevent the election of Michel Aoun. Shortly before that, he visited Russia (where, apparently, relevant consultations were held with him). In return, Saad Hariri received the post of prime minister, so the standoff will continue.

The election of Michel Aoun to the presidency of Lebanon was very warmly received in the Islamic Republic of Iran (IRI). Iranian President Hassan Rouhani first congratulated Aoun on the victory, and Iranian Foreign Minister Mohammad Javad Zarif called the incident a victory for all Lebanese.

The new president of Lebanon was also congratulated by the head of the Syrian state, Bashar Al-Assad. On November 8, SAR representative Mansur Azzam on behalf of B. Assad visited Lebanon and met with Aoun. This was the first visit of an official representative of Syria in six years (the last time a neighboring state visited Bashar al-Assad personally in 2010, before the outbreak of the war). After the meeting, Azzam expressed hope for a "new era in relations between fraternal countries."

In any case, the pro-Western and pro-Saud bloc “14 of March” can no longer use the political vacuum for its own purposes. We should expect an increase in the fight against terrorism in Lebanon, which will lead to a weakening of the support of terrorists in Syria. This is particularly important in the ongoing Syrian war.

In addition, an important outcome of the resolution of the political crisis in Lebanon is that they did not manage to push another country into bloody chaos, although this was beneficial to the same forces that continue to fuel the Syrian war.