November 9, 2016
11
From 18 to 21 in October, the anniversary XX Interpolitex-2016 exhibition was held in the Russian capital. Today it is the largest security exhibition in Russia and the CIS countries. Among the exhibitors was the Lobaev Arms corporation, which represented not only famous precision rifles, but also robotics. A subsidiary of Lobaev Robotics showed at the exhibition its new tactical sniper robot RS1A3 Minirex (Minirex), which was created at the design office of KBIS.


Why is a company located in the Kaluga city of Tarusa and previously specialized exclusively in the production of sniper and sports weapons, decided to make an attempt to enter the market of robotic complexes? The answer to this question is quite simple: today the main consumer of Lobaev’s rifles are the security forces, mainly from the special services and special units. Because of the very high risk in organizing and conducting anti-terrorist and police operations, for example, related to the liquidation and seizure of criminals, the storming of premises and vehicles, the release of hostages, the cleansing of settlements, etc. Representatives of power structures show an increasing interest in mobile robots that could take on some of the most dangerous functions: observation and reconnaissance at risk, the use of special equipment and weapons, and the neutralization of suspicious objects and explosive devices. And the most important thing is to do it without threatening the health and life of the personnel. 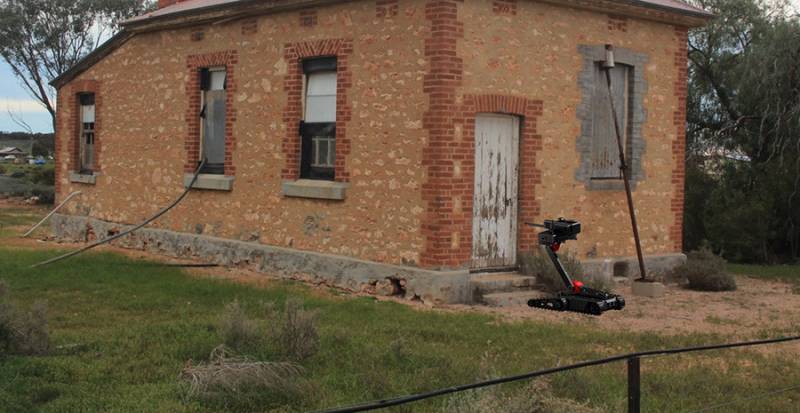 In the domestic market today there is a real boom among ground combat robots for various purposes. Own samples of these new weapons in the world have already been created in Kovrov at the Degtyarev Plant (Nerekhta), in Nakhabinsk 766, UPTU, Russian Defense Ministry (Uranus family), in Izhevsk at Izhevsk Radio Plant (Volk-2) and NITI Progress ”(“ Platforma-M ”), in St. Petersburg at the SRI RTC (Argo), as well as in the capital at the Bauman Moscow State Technical University (a whole series of models) is not a complete list of developments in the field of military robots. Some of them have already passed the tests in real combat conditions, they were tested in Syria.

But here there is one big “but”: in most cases we are talking about large robots - heavy machines, whose weight can reach even tons. That is why their use in special operations is very doubtful. At the same time, one of the most common war robots in the world today - SWORDS, which is used in Afghanistan and Iraq, is a light class robot, its weight is less than 45 kg.

It is on the niche of light combat robots that the Lobaev Robotics company, which promotes the compact robot KBIS RS1A3 Minirex, is trying to orient itself today, its weight does not exceed 23 kg. According to the assurances of the company-developer, it can be transferred even in a backpack. Despite its small size, the Lobayev robot must become a fairly universal combat vehicle that can solve a wide range of tasks: search and neutralize the enemy in buildings (including multi-storey), play the role of a mobile firing point in urban combat and on the ground, serve as advanced fire means of assault groups, carry out the installation of explosive devices and participate in mine clearance. And this is not a complete list of possible tasks for this robot. 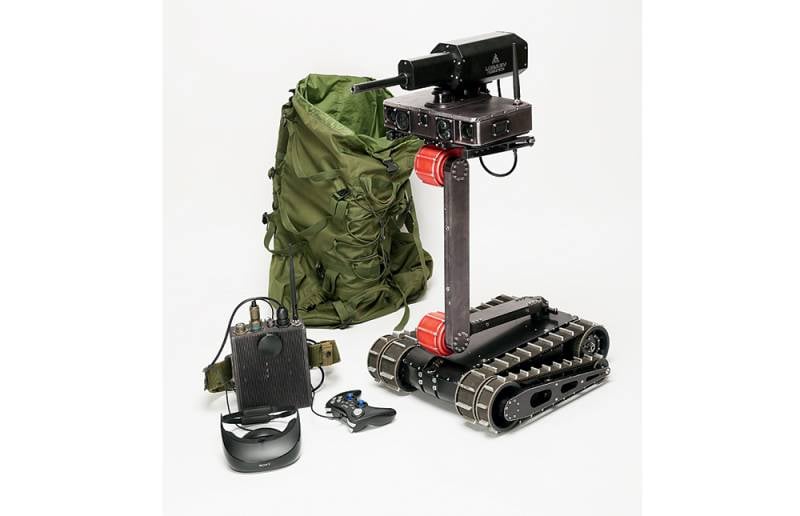 According to the developers, their robot Minirex can be used in counterterrorism operations, including as a mobile advanced means of assault groups, during other police and urban operations, as well as during search and rescue operations in areas with complex operational situations. It differs from the robots on the world market in compact size, low mass and a more versatile set of fire capabilities. The shooting module used with the robot is designed for combat at distances from one meter to 400 meters. And in the premises can be used specially created by the engineers of the KBIS non-lethal ammunition. In this case, the robot confidently overcomes the stairs, and can also look into the windows of cars and premises, lift loads with the help of a manipulator arm.

According to the head of the corporation, Vladislav Lobayev, the Minirex robot is only the first sign in a series of future developments. It is rather light and compact and is intended primarily for indoor use, however, even in this robot, we were able to build the ability to fire accurately at fairly serious (for robots of this size) distance. Everyone knows that our main profile today is sniper rifles and complexes with a firing range that exceeds the limits of existing small arms, this niche should remain dominant in our combat robots. At the same time, the company is working on robotic complexes that provide high-precision electoral fire and reconnaissance of the action of assault groups that solve their problems inside buildings and structures and generally within the city limits.

Vladislav Lobayev emphasized that modern combat, especially when it takes place in an urban setting, is distinguished by a real “three-dimensionality”, when fire is fired both from basements and from roofs and windows of the upper floors of houses. Under conditions of such a battle, small mobile robots capable of implementing the tactical plans of the unit commander are perfectly suited for use during the most dangerous initial stages of the operation, which are associated with entering buildings and moving through the sweep zones of city streets. 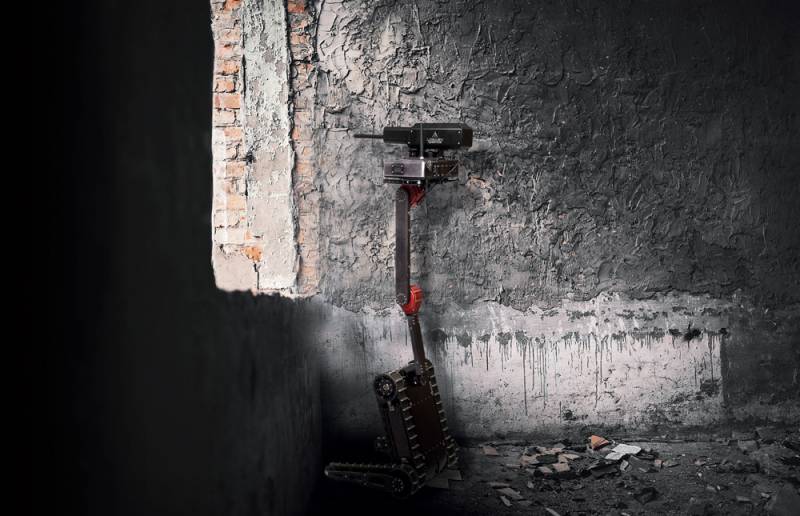 In this case, the designers have provided even the case when the robot may be in the hands of the enemy. With such a development of events, they will not be able to use the shooting module removed from its chassis. At the same time, the robot is waterproof and airtight, it can reliably work in rain, snow or with strong dusting air (protection class IP68). At the same time, the robotic complex is quite simple and easy to maintain. For example, in the field, you can easily change the power supply in it without the use of tools.

In addition to the installation of small arms, various external modules can be mounted on the RS1A3 Minirex robot, for this purpose there are special assembly units on it. The equipment of the robot includes: a laser designator, one camera with 24-multiple zoom, one camera aiming, 4 surveillance cameras (all-round view). In this case, the developer claims that the robot has the function of stereo vision.