November 8, 2016
40
On the night of 9 on 10 in November of 1938, mass pogroms against the Jewish population took place in Germany and on parts of the Austrian territory. The militarized detachments of Sturmabteilung (SA) jointly, as they would say today, with the activists took to the streets of cities in order to inflict material and moral damage on the nation, the “final solution of the issue” of which Adolf Hitler dreamed.


Night streets were literally strewn with glass shards - from broken shop windows, shops, houses owned by German and Austrian Jews. Dozens of synagogues, cafes and other public places were attacked. It was the glass fragments on the sidewalks and the roadway that gave the name to those events: “crystal (glass) night” - the night that marked the beginning of active actions on the so-called “racial policy of the Third Reich”. 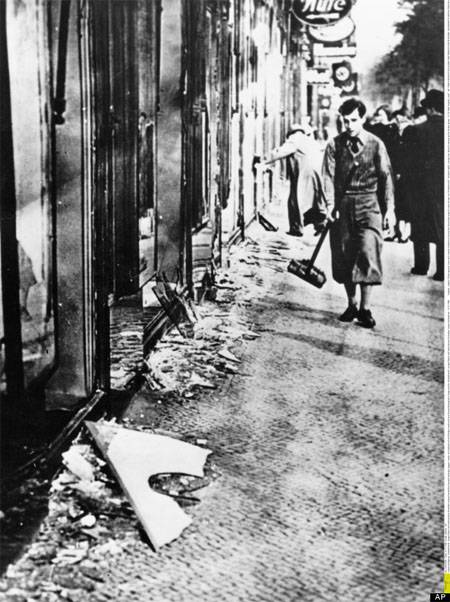 The declarative reason for the pogroms was the murder of a Polish Jew named Herschel Grosznan by a German diplomat Ernst von Rath in Paris. Without a doubt, this was only a pretext for translating into reality the brutal policy towards the “lower races”, which the representatives of the Nazi elite adhered to, and on which the idea of ​​racial and ethnic hatred was actually built.

Today - in memory of those events - the date marked in the world is called the International Day against Fascism, Racism and Anti-Semitism. The annual date (9 of November) was established on the initiative of UNITED - an international network against racism, uniting hundreds of organizations in dozens of countries around the world. 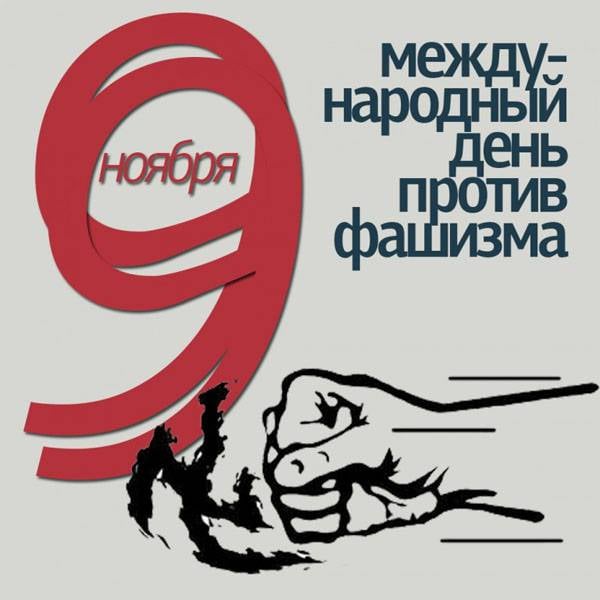 9 May 1945, Nazism in Germany was crushed. Millions of Soviet people's lives were laid on the altar of Victory over this evil spirits. It seemed that after the victorious May salute the very concepts of “Nazism”, “Fascism”, “Racism” remained in the past as one of the most black pages. stories of humanity. However, since the “crystal night” 78 years have passed, since the Great Victory Day - 71 year, but interethnic, interracial and interethnic hatred, unfortunately, not only has not disappeared anywhere, but with certain patronage is gaining momentum.

Waves of ethnic hatred began in their time to roll on our country. The grain of ethnic intolerance brought in from the outside began to sprout on the ground on which the building of the united state was already wandering. By the time of the collapse of the Soviet Union, the Nazi shortages had clearly identified themselves, who, as it turned out, had felt completely at ease for dozens of years, including on Soviet territory - in western Ukraine, in the Baltic republics. The Nazi ideology began to penetrate the territory of the republics, which turned out to be independent, as some political leaders were then loudly and joyfully broadcasting. Russian fled from the countries of Central Asia, throwing their shelter, work, property. In just a few months, in 1991-1992, the Russian population of Tajikistan, Uzbekistan, and Turkmenistan decreased significantly, as the new government “clearly” indicated its position on ethnic intolerance.

The seeds of nationalism, which borders on religious intolerance implanted from outside, began to denote itself in the North Caucasus. Without a strong central authority, local leaders thought of themselves as “ambassadors of the Most High” and began to use the resource for actually squeezing out the Russian population, with whom the Chechens, Ingush, Avars, Lezgins, Circassians and other peoples lived together for decades for the benefit of a single country.

The destructive ideology of interracial, interfaith and inter-ethnic intolerance manifests itself in the Middle East. One can constantly hear about how Western political scientists, repeating the mantra “Assad should leave,” are trying to exploit the false argument that in the country of the Alavic minority, Alawites cannot be the head of state. This is even more surprising from the mouth of the American "experts" and from the pages of the American media - given that the president of the United States is still a representative of the black population, which to date has not yet had time to go to the rank of racial majority in the States.

By the way, about racial intolerance in a country that calls itself the "beacon of democracy" and "the exclusive state in the world." The exclusivity here is really traceable. It concludes, at least, that in a rare country in the world today you can actually find a ghetto for members of national minorities. In the US - you can. In particular, we are talking about reservations for the indigenous American population. When they write in the liberal press that about 4,5 million Indians live in the US, who are “all right”, including social preferences, I want to ask the authors of these “opuses” whether they had time to get acquainted with the statistics and reality of life on reservations. 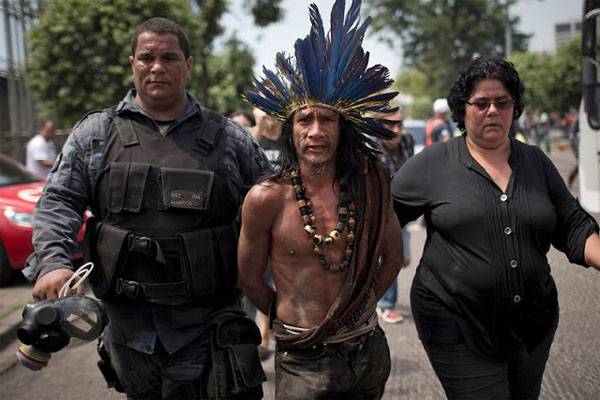 Something about the statistics of the American Indian population. In the Indian environment, the highest mortality rate in the United States. In a number of reservations, the percentage of child mortality is at the level of the countries of central Africa. American Indians have the lowest literacy rate in the United States, since with all the declarative openness of the educational system of the United States for these peoples, beyond the limits of Indian reservations, to put it mildly, they do not wait. In fact, any political activist from among the representatives of the indigenous population is automatically targeted by the special services as a “potential separatist”. Therefore, against the background of thousands of human rights organizations, the number of structures trying to designate the problems of Indians in the United States can be counted on the fingers.

The uniqueness and uniqueness of the United States can also be stated in the fact that this country gave shelter to the greatest number of Nazi criminals who moved to the New World from Germany. This is an important characteristic of the state, which positions itself as a winner in the Second World War. And here is another detail - the United States, along with Canada and Ukraine, became three countries from the entire UN, which some time ago once again refused to support a resolution condemning manifestations of Nazism and racism in the modern world.

On the International Day against Fascism, Racism and Anti-Semitism, I would like to express the hope that this date in the calendar is still not “passing”. After all, this is a real reason to reflect on what the attempts of some to convince themselves and others that they have in this world more rights than representatives of other nationalities, races and denominations. 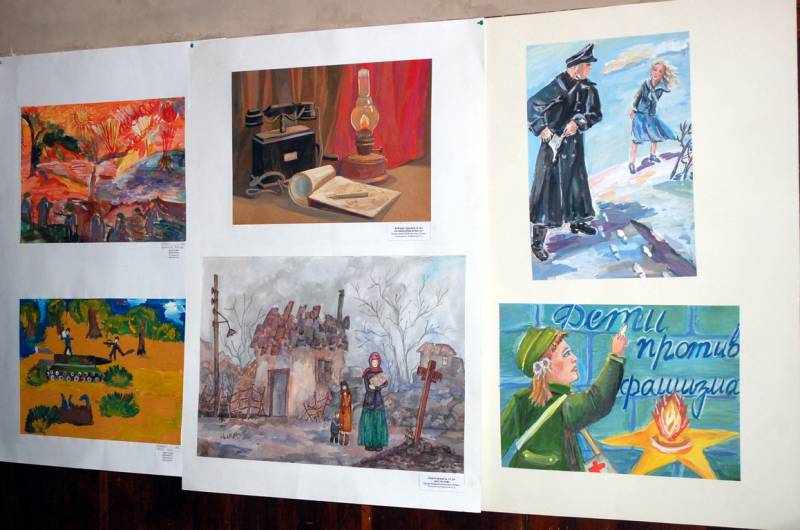