November 8, 2016
41
Serbian, Belarusian and Russian military personnel are ready to jointly carry out tasks to combat terrorism, reports RIA News statement of the commander of the special forces brigade of the Armed Forces of Serbia, General Zoran Velichkovich. 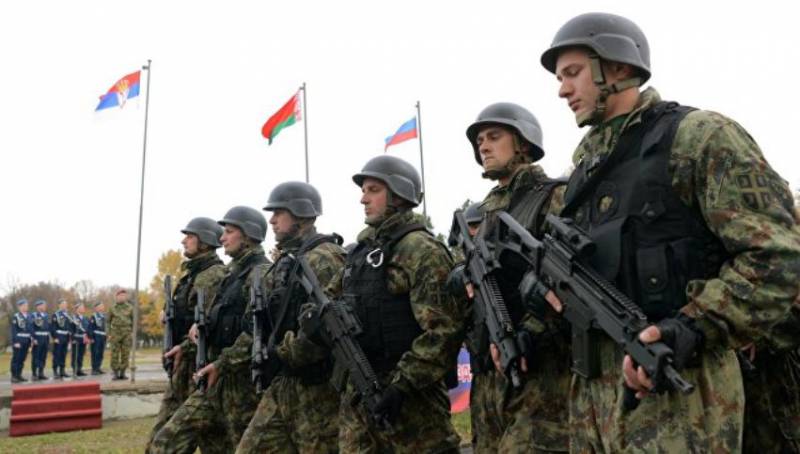 Recall that in Serbia is held (from 2 th to November 15) a joint exercise "Slavic brotherhood 2016", in which Russian, Belarusian and Serbian military personnel take part.

“Today we see that servicemen from three countries who speak different languages ​​and wear different uniforms can successfully carry out joint antiterrorist tasks. Such international military cooperation is necessary to strengthen security in our country and in the world as a whole ",
declared Velichkovich.

The first exercise "Slavic Brotherhood" was held in 2015 on the territory of the Russian Federation near Novorossiysk on the basis of a mountain connection of the Airborne Forces.