Four reasons why the US elite hates Russia

November 9, 2016
97
Why does the American establishment hate Russia? Where did this hatred come from, why does it live so long, what does it eat? It turns out that there are several main factors that would lead to the sharp dislike of Washington for Moscow. In short: the West is haunted by the uniqueness of Russia. 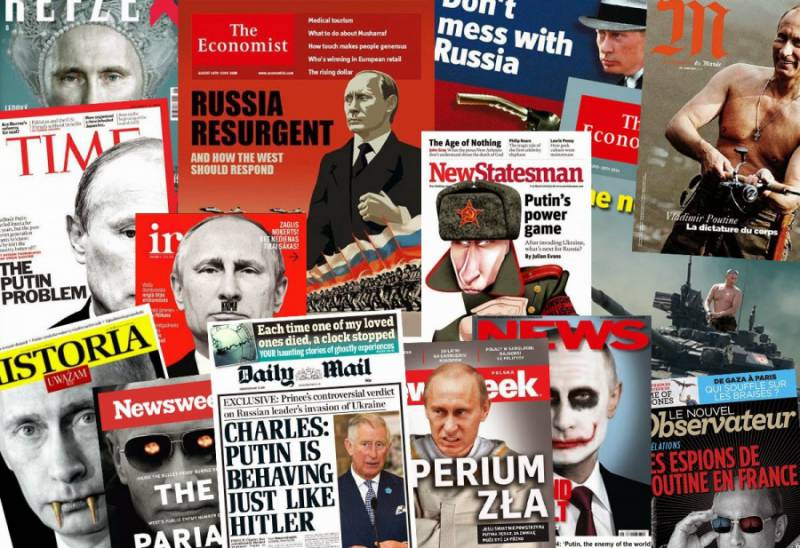 On the four factors that determine US hatred of Russia, told on the portal "Zero Hedge" in the article “Why the Elite hate Russia”.

Earlier on the same portal they wrote that Russia is a “convenient enemy” for American politicians, in particular, for the Democratic Party. Such an “enemy” does not exist, but it must be created in order to “divert and confuse voters,” analysts say.

However, the process of creating such an enemy has one major drawback: when someone, as is customary to deal with any “enemy,” begins to “bomb his village,” a “number of angry villagers” appears.

The world is not at all like the way it is shown to Americans on TV, the material says.

Russia is just a country that turned out to be “in the wrong place at the wrong time” (it seems to the authors that this thesis is true ”throughout the Russian stories"), And this fact is the real reason for the hatred of the American elite towards Russia. The essence is not at all in xenophobia, although it does exist. It’s a matter of several key factors that make Russia “a unique force in the world compared to similar countries,” analysts say.

Further, these factors are listed and explained. A total of four of them.

1. "Russia is an independent country." You cannot control Russia with the help of an “external remote control”, as is done with most countries. And the American elite does not like Russian independence.

Russia has banned the so-called charity of the pro-democracy hedge fund billionaire George Soros, the authors remind. According to Moscow, this organization is a threat to the state security of Russia. The statement of the General Prosecutor’s Office of the Russian Federation states that the two branches of the Soros charity network - the Open Society Foundations Foundation (OSF) and the Open Society Institute (OSI) Foundation (OSI) - added to the stop list of foreign non-governmental organizations. organizations whose activities by the Russian state are considered “undesirable”.

2. It is not easy for Russia to harm with the help of secretly used means used by the CIA, the British MI6, or even with the help of a direct military conflict. In addition, the Russian military have a skill comparable to the skill of the American military, and in many cases stand above the latter. At least, the top US military officials say so.

For example, in late September, the United States conducted a series of strategic experiments that considered conditional confrontation with Russia on the European front. A series of “thought experiments” carried out by the Pentagon in an attempt to determine the likely outcome of the collisions led the “experimenters” to the conclusion: the results will not be “encouraging”.

3. Russian culture and language is too difficult for an average representative of the American elite to understand. The elite may think that they are well versed in foreign policy, but this elite cannot even correctly write the word “reset” on the button (as was the case with Secretary of State H. Clinton, in which the word was written on the button that is almost the opposite of the “reset” ).

“We worked hard selecting the right Russian word. Do you think we did it? ”She asked Minister Lavrov laughing. He explained that the word was chosen incorrectly: instead of “reset” (perezagruzka, reset), the Americans wrote “overload” (peregruzka, overcharged).

Hence the confidence that specialists like Clinton, having come to power, are practically guaranteed to plunge into a nuclear war. Wars also began due to much smaller mistakes.

Did Madame Clinton’s advisors even fail to check the button, read the inscription on it before the ceremony? The ceremony was public, held in the presence of journalists! Where else can you find such a "frank" amateur, like Clinton? How are people like her moving in politics?

4. The US elite simply does not control the current Russia. There are, of course, in Russia oligarchs that closely cooperate with Western clans of the Rothschild type. However, Americans are deprived of opportunities to control the country as they do, for example, with Germany. Or how they do it with China, which has a lot of language and even promises to “lose trezheris,” but in reality it completely depends on the United States and the US currency. Maybe in a thousand years the Chinese will rule the world, the authors sneer, but not today or in the near future.

Returning to Russia, the authors notice that the culture of this country is one of the most misunderstood in the West. And this is strange, because Russia is much more like America than any European country:

a) both Russia and America are huge land areas with large and poorly developed territories;

b) predominantly white Christian nations live in Russia and America (although in recent decades, the United States has more and more resembled the melting pot of nations);

c) Russia, together with the United States, fought against Hitler and the Nazis during World War II - an event that has set the vector for the past sixty years.

There were also “numerous interesting situations” in which Russia helped America, and America helped Russia. The two states could have a common future. For example, during the Nixon administration, Mr. Kissinger pushed Nixon into partnership with Russia. Such a partnership, according to Kissinger, would initiate an “insurmountable alliance”, and no one could compete with this “axis of superpowers.”

The union did not take place due to the resistance of the neoconservatives. Nixon chose China to come closer instead. “What a mistake!” Analysts exclaim.

Today, we add, the cold war between the United States and the Russian Federation has reached one of the climax points. Neither of which rapprochement is out of the question. Yes, and the Russians no longer believe in "good Americans."

Results of the joint study of the Chicago Council on Global Affairs and the Levada Center showed: Americans and Russians perceive each other with obvious distrust.

It is also noted that, among Americans, 55% of respondents believe that relations between the United States and the Russian Federation are deteriorating. The majority of Russians (56%) assume that the “US desire to control other countries” is a significant threat to Russia.

The Chicago Council survey, which measures the attitude of Americans towards Russia, has been conducted since 1978. Such a cold in the relations of the two countries was not observed from the Cold War.