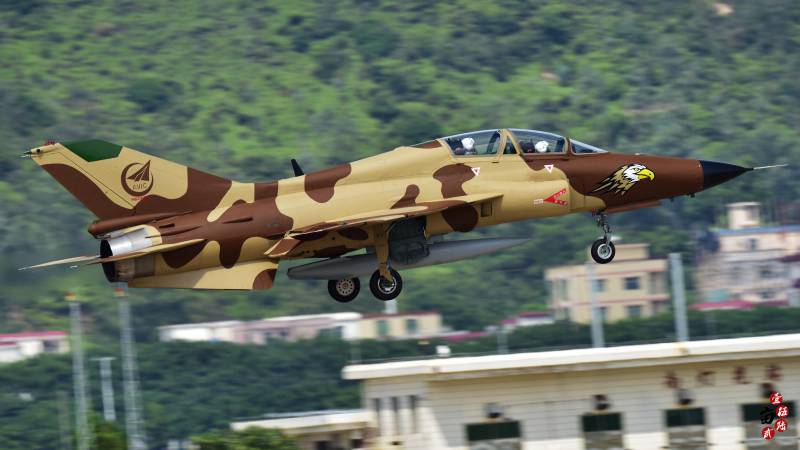 Sudan became the first foreign customer of the FTC-2000 (JL-9) aircraft. The car was demonstrated at the Zhuhai Air Show in China.

The cost of the contract and the terms of its implementation are not specified Celebrated for this aircraft "the Nigerian delegation also showed great interest." According to the resource, “representatives of African countries can become key customers of FTC-2000”.

The article notes that "FTC-2000 is an export version of the GAIC JL-9 aircraft, developed on the basis of the JJ-7A supersonic training and combat aircraft (similar to the MiG-21U), produced for a long time by the plant in Guiyang." The purpose of the creation of the JL-9 - more economical training of Chinese pilots for the 3 generation fighter.

FTC-2000 can be converted into a lightweight fighter with limited impact capabilities.

At present, the 12 of the Chinese J-7М and 12 K-8 training aircraft are in service with the Sudan Air Force.