Valia Panfilova, brave nurse and daughter of the hero

November 9, 2016
12
Perhaps, among the military Photos of Nurse Valentina Panfilova, the daughter of a famous hero, this one is the most famous (also made by Narcissus). I saw her on the stands and posters, in presentations and newspapers. In the Internet resources there is a biography. And here's what I found ... 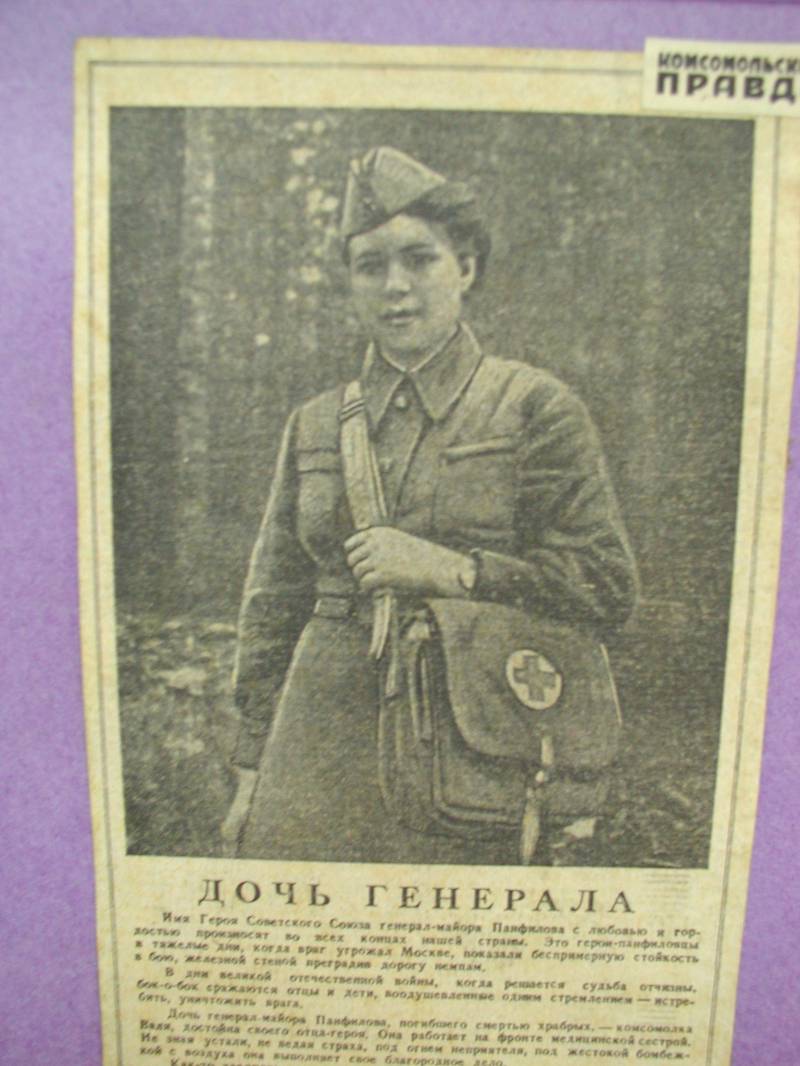 “One of the days in August, when I visited the medical battalion of the legendary Panfilov Division, I was advised to photograph Nurse Valya,” wrote Ivan Alexandrovich. “When photographing, I took four or five pictures, different ones. The best one was sent to the newspaper Komsomolskaya Pravda.” The picture was immediately printed on the first page under the heading "Daughter of the General."

Valya is in the front forest. With a medical bag over the shoulder. The face is serious, pleasant, calm. The text to the photo was written like this: “In the days of the Great Patriotic War, when the fate of the Motherland is being decided, fathers and children fight side by side, inspired by one desire - to destroy the enemy.
The daughter of Major General Panfilov, who died a brave death, a Komsomol member, is worthy of her father-hero. She works at the front as a nurse. Not knowing, tired, not knowing fear, under enemy fire, under brutal air bombardment, she performs her noble cause.

Somehow twenty German planes flew into the village where the medical center was located. Valya did not leave her post. The blast wave threw her into another room, wounded in the head. Wounded herself, she continued to assist the fighters until she lost consciousness.

Steadfastly, courageously, as befits a Komsomol member, Valya suffered the death of her beloved father. From vacation, from a trip home, she refused.
“I will stay at the front,” she said.

Currently, Valentina Ivanovna with her friendly family lives in Almaty. Conducts a great military-patriotic work on the education of young people. She put a lot of effort into the organization of the Museum of Military Glory, which was opened not so long ago in the city ... "

It was Valentina who was the first in the large Panfilov family (Ivan Vasilyevich had five children) who learned about the death of her father. A seriously wounded patient was admitted to the hospital; Valya helped him. The fighter wept - not quietly and silently, as usual, men cry, and sobbed, loudly, could not calm down. The nurse began to say that the wound was not so dangerous, he would live, so no need to cry.
- Yes, what a wound! - responded the soldier. - Our commander died, Dad, Panfilov ...

Nothing at that moment did not give Valentine her grief. And she told herself not to let this grief go to her heart until she finally became convinced. She believed in the death of her father only when she saw him dead ... After the funeral, Valentina returned to the medical battalion - the former Moscow region sanatorium "Black Dirt". Not only our soldiers came here, but also children and women who suffered during the bombing. 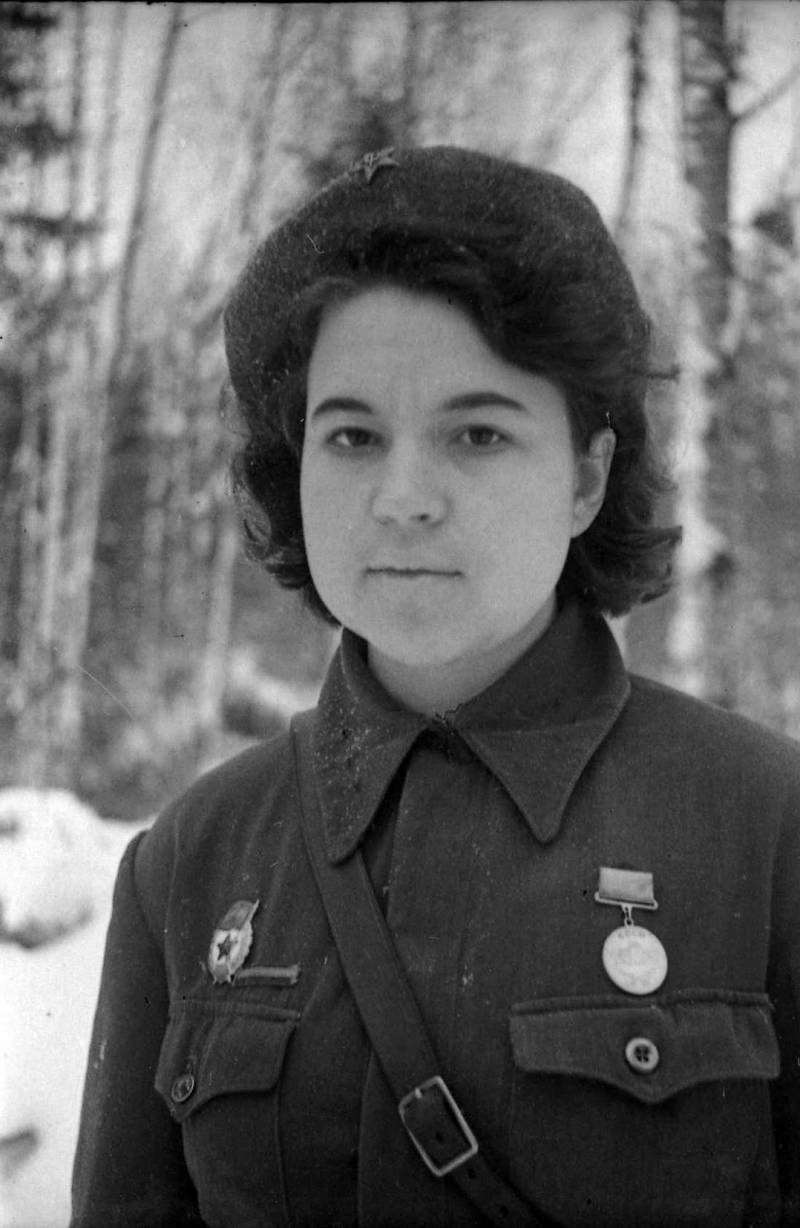 Once they brought mother with a son of about five. The young woman was dying, her wounds were incompatible with life. And the boy had both legs torn off. An urgent operation was required. The kid was conscious, crying, calling his mother. But my mother could not come, the last minutes of her life were walking ... Valentina helped with the baby’s operation and through the open door she saw a dying mother. The nurse began to tell the boy a fairy tale. It was a beautiful, tender tale that goodness would surely conquer evil. And the end will come happy.

The boy gradually calmed down and fell asleep. He had to learn to live without a mother and legs. Valentina wanted to take the baby to herself, but she could not leave work - in the hospital each pair of hands was desperately needed. Therefore, while the boy was in the medical battalion, she agreed to send him to an orphanage. And after the war was going to be his second mother. But the father returned from the war with his father, found his son and took him home. The boy had already learned to walk on prostheses.

I remembered Valentine and the day of our offensive. Then she saw a column of fascist prisoners. One said in broken Russian: “General Panfilov ... His division is very wild ...” But Panfilov was already dead!

Wild ... Apparently, it meant bold, desperate. Yes, there are many such people in Russia - both men and women, and even children. Therefore, our country won in that terrible war.