Marx's Right ... Business Center vs. Research Institute for the Protection of Motherhood and Infancy

October 11 2016
36
What happens recently in our country, when someone from the representatives of big business liked a tidbit of real estate in the center of a large city? Informational reports and statistics show that in this case the famous Marxist thesis is fully implemented: “with 300% (profit) there is no such crime for which the capital would not risk going, even under the gallows fear”. And if the gallows does not smell, it means that everything can be arranged in such a way that there is no crime at all, and getting a tasty cake in the form of state real estate will be presented as an indispensable business concern for the people and its benefits.


Around this scenario, the situation unfolds in Yekaterinburg, where one development project is trying with all its might to become the happy owner of a land plot with a total area of ​​about 2,8 ha in the city center. We are talking about the types of large business on the ground under the Ural Scientific Research Institute of Maternity and Infancy Protection (UNMI OMM).

In order for the reader to imagine the subject of conversation, for a start it is worth touching on the question of what is the SRI of the OMM. And this is not an ordinary medical institution. It is quite possible to call it the most important element of the Russian healthcare industry. The Ural Institute for the Protection of Maternity and Infancy is a unique scientific and medical complex, one of the few in Russia that possesses human resources, a resource base and effective methods for performing intrauterine surgery on the fetus. SRI OMM Ekaterinburg serves residents not only of the Sverdlovsk region. People come here for high-quality diagnostics, treatment of infertility, receiving obstetric services in case of difficult pregnancy from different regions of the country. Scientific research institute with the richest history served tens of thousands of women from the Ural, Volga, Siberian and even Far Eastern districts (and this is only in the new time), while actually saving a considerable number of babies who, without such an institute, would simply be doomed.

The institute is working on prenatal hospitalization and oncological diseases treatment on the basis of licenses of the Ministry of Health within the structure of the Ministry of Health of the Russian Federation itself. The research institute provides educational services that are not just in demand, but are among the best in quality in the Ural Federal District, which is recognized by leading experts in the field of medical education. 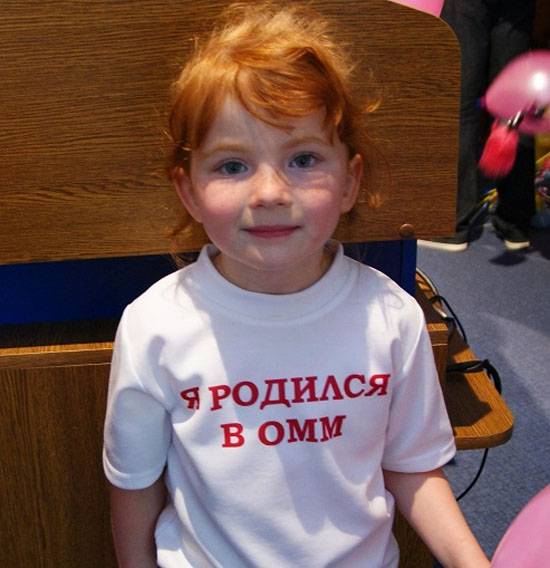 So ... As the old man Krylov said, "you are guilty of the fact that I want to eat." So is SRI OMM. Its existence does not fit into the “gastronomic map” of business owners in Yekaterinburg. In place of the building of the Research Institute of OMM on Repin Street it is planned to open another business cluster with retail space, offices and underground parking on several levels.

Well, of course ... The parking and offices of numerous “Horns and hoofs” for the whole of the Urals are much more important than some research institute there, whose central building is recognized as an architectural monument, and its staff helped tens of thousands to be born over the years. the Urals (and not only the Urals).

In the material of the famous Ural blogger Sergey Kolyasnikov it is told that the desire of business to actually get their hands on the land in the center of the city is actually not hampered by local officials. It turns out that at first it was about transferring the institute, but then the idea itself with the transfer turned out to be in the “burial” stage. We decided to go over the scenario repeatedly worked out in terms of state objects. It turns out that a building that stands on a plot of land in the city center, it turns out, is in danger if it remains in its place. Such a statement, more reminiscent of blackmail. Sanitary and epidemiological services “sound the alarm” about the fact that the tower of the Sheraton Hotel stands next to this site, and that this “does not benefit the institute, its staff and the women in labor” ... And on what grounds at all a multistory hotel suddenly grew in this zone, does not arise in the controlling bodies.

In order for the SRI OMM to quickly say goodbye to the occupied areas and territories, another combinatorial plan was invented. Representatives of the same development group, which is preparing to become the owner of the "golden" hectares, announced that the presence of this "old building" in the city center "prevents the preparation for the 2018 World Cup." It is worth recalling that Ekaterinburg is one of the cities of the Russian Federation that host the championship. Persons with land views under the research institute of the OMM, say that the building of the institute allegedly enters the "security zone of the stadium" where the games will be held in 2018, and therefore the institute must be sent immediately to the distance ... That's just the term "send "Or" move "looks like a veiled call to destroy the institute. It is precisely to destroy, since, having accumulated debts, the building contractors erected a new institution, waiting for a new financing.

The most interesting thing is that the land was initially attempted to be taken away even before it became known that Ekaterinburg would take in the World Cup 2018. And, moreover, the FIFA commission, which had inspected the city’s preparation for the World Cup not so long ago, did not say a word about how the building of the SRI OMM could somehow interfere with security during the games. In order to disguise this fact, the authors of the idea of ​​destroying a research institute announced that they themselves, they say, care about the safety of the "world championship" and the safety of the work of the SRI OMM. Saints, it turns out, people ... these Ural developers ...

Against this background, there are procedures for the re-registration of land ownership under the URI of the OMM from federal to regional. Why? There is a version that we are eager for a bit of land in the center of the megalopolis so it will be easier for people to get rid of the unique scientific center that is interfering with their plans. After all, it is easier to agree with the regional bureaucracy (apparently) ...

On the Online The Ural Research Institute for the Protection of Motherhood and Infancy has been called upon to resist attempts to actually eliminate the scientific research institute. Here is this publication:
For a number of years in Yekaterinburg, attempts have been made to tear away a land plot on which a research institute for the protection of motherhood and infancy, the oldest obstetric institution in the Urals, is located. Now, in the midst of the reconstruction of the adjacent streets, timed to coincide with the upcoming World Cup in 2018, another attempt has been made to reject a part of the territory of the institute, which has an unfinished obstetric building. The transfer of part of the territory under commercial development will entail an automatic revocation of the license and termination of the institute as a obstetric institution.

The team of the Ural Research Institute of Maternity and Infancy Protection initiated the collection of signatures for a petition in defense of a distinguished and authoritative obstetric center. We want the institute to continue its noble activities! Support us! Please sign the petition against the closure of the Ural Scientific Research Institute OMM.

You can sign a petition to the president of the country and the leadership of the Sverdlovsk region by clicking on link.

Appeal to those who are going to destroy the science center in Yekaterinburg: Is there anything sacred for you left? .. I don’t wait for an answer, since Marx's thesis on capital and 300% of profits here explains everything quite clearly.