August 12 2010
1
Shortly before the war, some of the Red Army air regiments received new MiG-3 fighters. The next vehicle of Mikoyan and Gurevich, who entered the troops, was in 1946 of the MiG-9. And what did the KB do this all through the war?

The story about the atom will have to start from afar! With the MiG-1, which before the launch of the series was called the I-200. This machine began to be created in the depths of the OKN NN. Polikarpov. 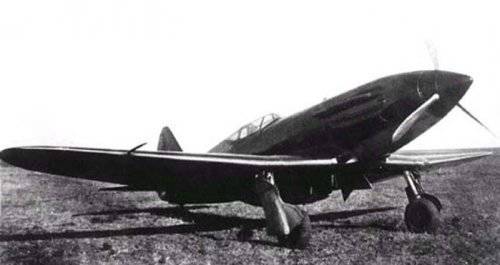 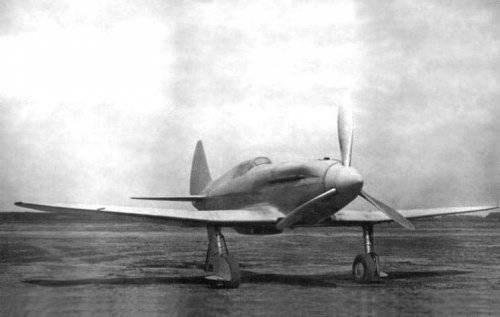 At that time, the Aviahim Moscow Aviation Plant was preparing for the production of the 200. To do this, Polikarpov organized a special group headed by the graduate of the Air Force Academy A.I. Mikoyan. It also included a talented aircraft engineer M.I. Gurevich,

5 April 1940 Test Pilot A.N. Ekatov raised the 200 into the air, and soon reached 648 km / h and an altitude of 12 thousand, but a crash occurred on the last flight. Nevertheless, in December, the fighter was renamed Mig-1 in honor of Mikoyan and Gurevich, and in January 1941 began building a series of found machines, But the customers wanted to increase the armament and increase the flight range from 730 to 1250 km. The weight of the modified aircraft, known as the MiG-3, increased from 2968 to 3350 kg, which degraded the characteristics of the car, which was already considered “strict”. But as the war began, it turned out that at altitudes to 5 thousand meters, where the air battles were mostly fought, the MiG-3 was inferior to the enemy aircraft. They were going to equip it with AM-38 engines in the 1600 HP, but those were required for the Il-2 attack aircraft, and in December 1941, the production of "MiGs" was stopped, transferring the 3322 fighter to the troops.

But Mikoyan and Gurevich were sure that their plane was written off early and at the end of the same year they built five I-210 fighters. He was created under the air-cooled engine M-82A with power 1600 HP, armed with three synchronized machine guns At the BS caliber 12,7 mm. On tests in 1942. reached only 565 km / h and heights of about 9 thousand m, a wide "forehead" of the engine affected. They did not redo the aircraft and took up the I-211 (E). 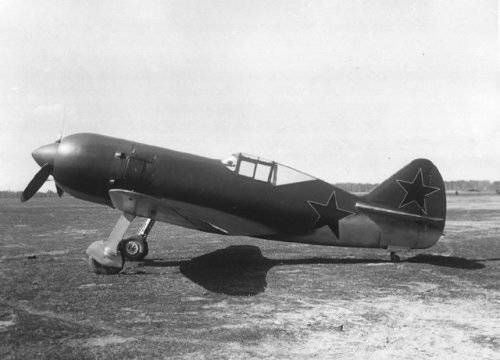 It was equipped with an 14-cylinder air-cooled engine ASH-82F with a power of 1700 hp, and a ShVAK gun synchronized with the propeller rotation was installed in the center section. B1944. Two I-211 successfully passed factory tests. They developed speeds up to 670 km / h, climbed 11,3 thousand. Meters and overcame 1140 km. But in the regiments were already La-5 with the same power plant and similar weapons, also made from non-deficient materials.

Mikoyan and Gurevich stopped experimenting with air-cooled engines and in 1942 they released an 220 (L, MiG-11) with a length of 9,5 m, with a wing span of 20,3 and m2. Armament has become more powerful - four ShVAK. 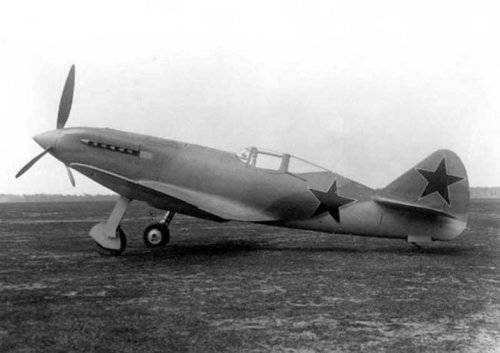 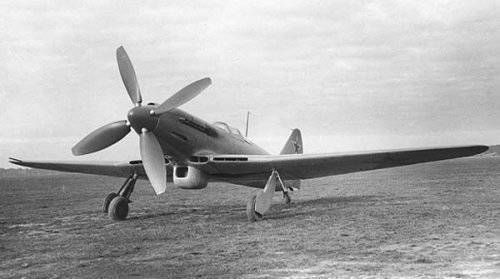 In 1944, the I-222 high-altitude fighter-interceptor (ZA, MiG-7) was released with an airtight, ventilated cockpit for flying at high altitudes. She was supplied with bulletproof and armored sparks. The AM-39B-1 engine with a TK-ZOOB turbocharger that developed the 1860 HP rotated the 4-bladed propeller, the water and oil radiators were in the wing, two ShnAk 20 mm guns were used to defeat the enemy.

Mikoyan and Gurevich stubbornly continued to improve the car. So, in the same 1944, an I-224 (4А, MiG-11) was manufactured with the same, but accelerated powerplant and similar weapons, calculated on the flight range 1400 km. This fighter passed only factory tests ... 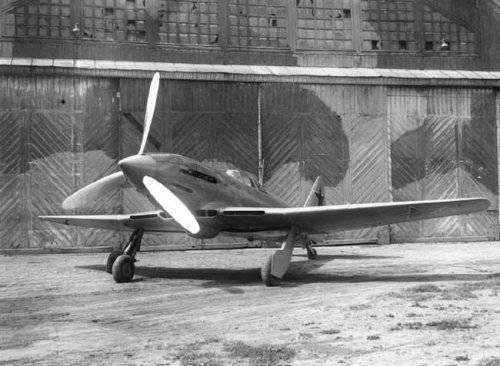 Our aircraft designers and engines were late, so we had to start with combined units. In 1944, A.S. Yakovlev equipped the Yak-3 fighter stationed in the rear fuselage with a liquid-jet RD-1, and the speed of the Yak-ZRD increased from 740 to 780 km / h. 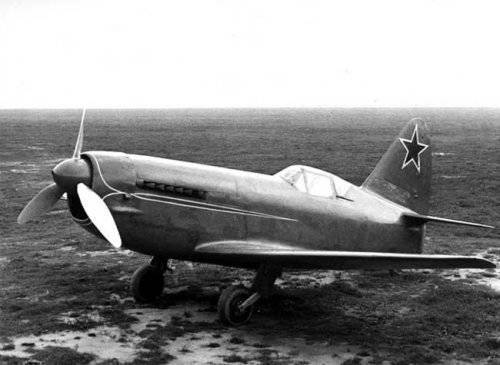 In February 1945, A.I. Mikoyan and M.I. Gurevich, only they designed the experimental all-metal fighter I-25O (aircraft K), equipping it with piston and air-jet engines with a total capacity of 2200 hp and armed with three G-20 cannons of 20 mm caliber. This car made its first flight on March 3, 1945. Later it was able to develop a speed of 820 km / h, reach an altitude of 12 thousand meters and fly 1380 km. This satisfied the military, and the fighter took to arsenal aviation Baltic and Northern Fleets. 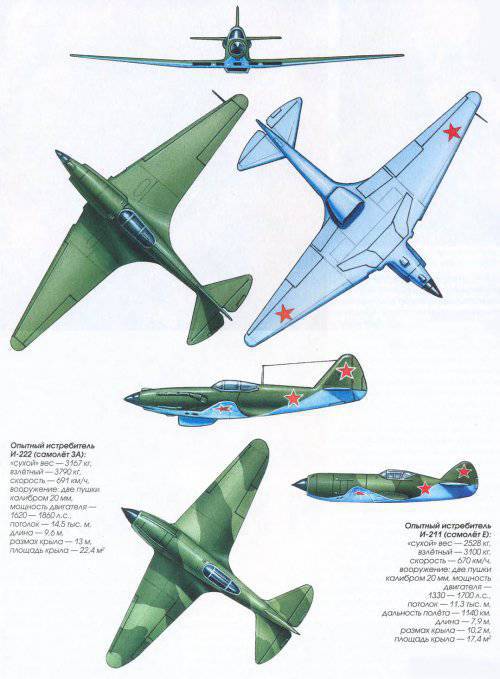