October 4 2016
3
October 4 1916 (new style) in Moscow was born an outstanding Soviet and then Russian theoretical physicist Vitaly Lazarevich Ginzburg, professor, academician of the USSR Academy of Sciences (1966), Lenin Prize winner (1966), Stalin Prize of the first degree (1953), Nobel Prize in Physics (2003). His authority in the scientific field has been recognized worldwide. He was a foreign member of the Academy of Sciences of Denmark (1977), the National Academy of Sciences of the USA (1981) and the Royal Society of London (1987). The Nobel Prize in Physics became the pinnacle of his scientific career, which he received in 2003, together with A. Abrikosov and A. Legget, for his contribution to the development of the theory of superconductivity and superfluidity.


Vitaly Lazarevich Ginzburg was born in Moscow to an intelligent Jewish family of a water purification engineer, a graduate of Riga Polytechnic Lazar Ginzburg and a doctor, a graduate of Kharkov University Augusta Veniaminovna Ginzburg (before Wildauer). Vitaly Ginzburg was left without a mother very early; she died of typhoid fever in 1920. After the death of a mother, his aunt, mother Rosa Veniaminovna Wildauer, took up the education of the future scientist. Before 11, the boy received his home education mainly under the guidance of his father.

Only in 1927, he entered the 4 grade of the 57-th seven-year school, from which he graduated in the 1931 year, after which he continued his education at the trade school - factory school. Later, he independently continued his education, working as a laboratory assistant in the X-ray laboratory, where he worked together with future well-known physicists V.A. Tsukerman and L.V. Altshuler, with whom he was friends all his life. In the 1934 year, Ginzburg entered immediately on the 2 course of the Moscow State University, the Faculty of Physics, which he graduated in the 1938 year. In 1940, he graduated from the graduate school at this faculty, in the same year he successfully defended his thesis. He defended his doctoral thesis already in the war years - in 1942. Later, the scientist recalled that he was not taken to the front, although he twice applied for a volunteer. Starting from the 1942 year, he worked in the theoretical department named after I. Ye. Tamm in FIAN (Physical Institute of the Academy of Sciences), subsequently holding the post of head of this department (from 1971 to 1988 year). Simultaneously with 1945, Vitaly Ginzburg was a professor at the Gorky State University, and from 1968 - a professor at the Moscow Institute of Physics and Technology. At this institute, he headed the department of problems of physics and astrophysics, which he himself created in 1968 year. 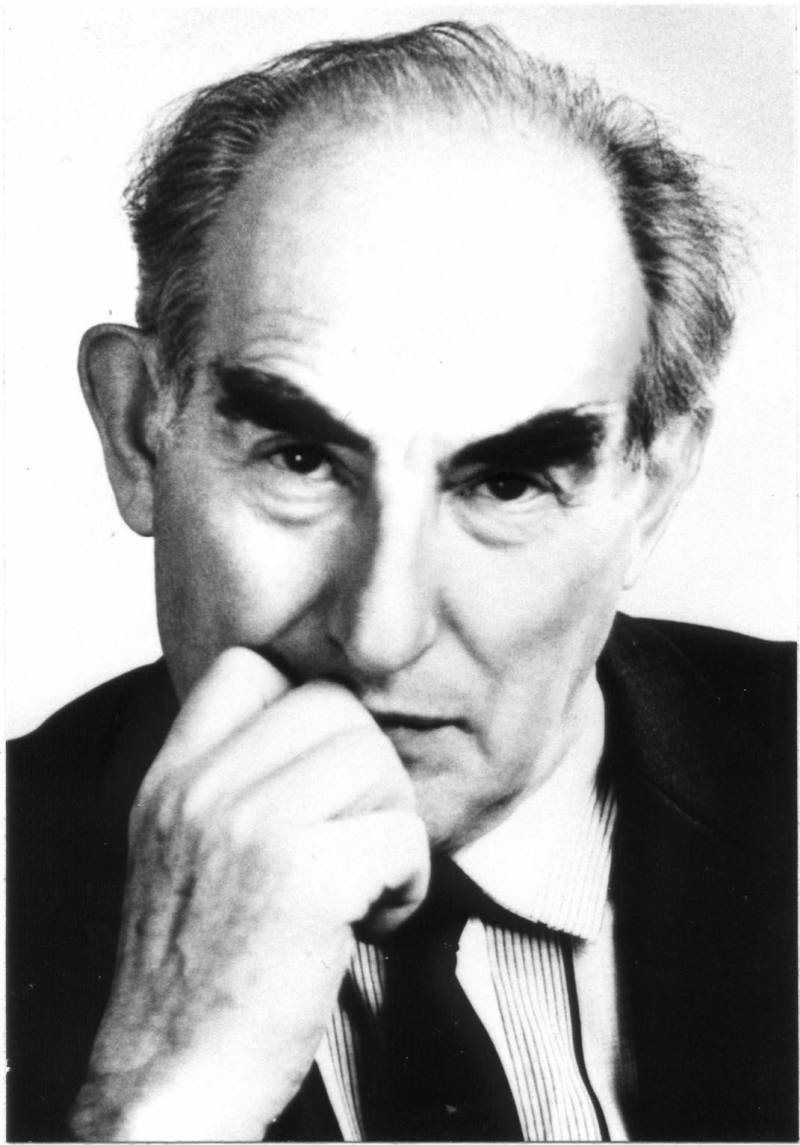 Scientific works and directions of work of the scientist were concentrated in various fields of physics, optics, astrophysics, radio astronomy. Even before World War II, Ginzburg was engaged in solving problems of quantum electrodynamics. In the war years, he, like most theoretical physicists, was involved in solving applied problems related to defense topics: electromagnetic processes in layered cores (applied to antennas), blurring of radio pulses upon reflection from the ionosphere (this scientific work was the beginning of many years of electromagnetic wave propagation in plasma).

The 1940-s in the scope of interest of the scientist included the problem of the theory of elementary particles, which were associated with higher spins. Vitaly Ginzburg’s works on the theory of radiation and light propagation in liquids and solids are considered very important. After discovering and explaining the nature of the Vavilov – Chernikov effect, Ginzburg was able to construct a quantum theory of this effect, as well as a theory of superluminal radiation in crystals (1940 year).

In 1946, Ginzburg, together with I. M. Frank, became the creator of the theory of transition radiation, which occurs when a particle crosses the boundary of two media. He made a significant contribution to the phenomenology of ferroelectric phenomena, as well as to the theory of phase transitions, crystal optics and the theory of excitons. One of the first scientists Vitaly Ginzburg realized the crucial role of X-ray and gamma astronomy. In particular, in the evaluation of the proton-nuclear component of cosmic rays (just as radio astronomy today gives us an idea of ​​their electronic component). 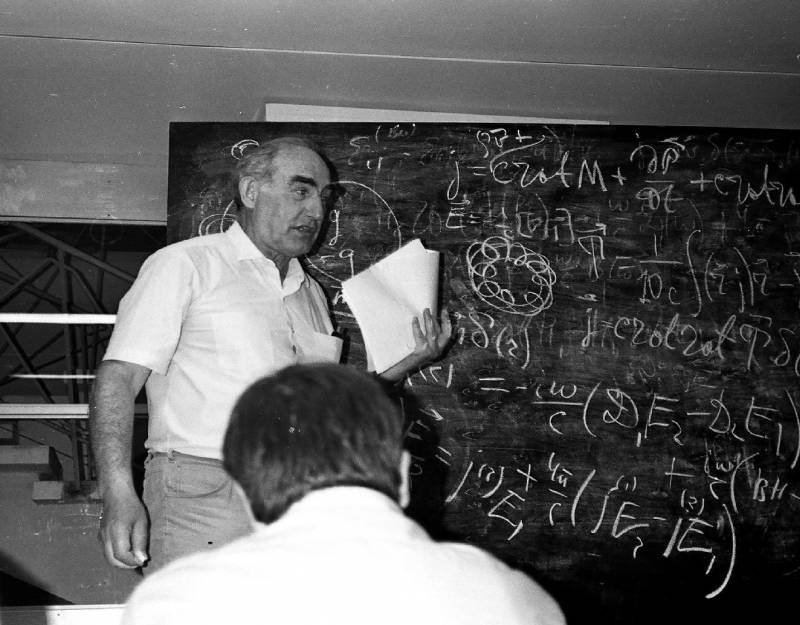 The scientist personally participated in many outstanding scientific projects of his time. In particular, he worked on the Soviet atomic project (Ginzburg owns one of the main ideas, which formed the basis of the hydrogen bomb device). As one of the creators of the Soviet hydrogen bomb, he never regretted it, because he acted for patriotic reasons. He took part in an expedition to Brazil for radio observations of the solar corona, and also created two large scientific schools in the country — one in Moscow (in space physics), the second in Gorky (in radio physics).

By his own admission, he became a theorist quite by accident. Vitaly Ginzburg recalled that he was weak in mathematics and believed that the theoretician of him had no inferiority complex at all. However, once with one of his ideas, he came to the well-known at that time Soviet scientist Igor Tamm, who showed genuine interest to the young specialist, literally infecting him with his enthusiasm. He asked Ginzburg to come in and tell him about his scientific work, this inspired the young scientist. In his own words, then he actually began a new life.

Vitaly Ginzburg was a well-known popularizer of science, he became the author of a number of books and articles on various problems of modern physics and astrophysics. Another topic of his publications was the activities of the Academy of Sciences as a whole, as well as the improvement of its charter and subject matter, the election of new members of the Academy. In total, he wrote about 400 scientific articles and books in his life. He was rightly considered one of the greatest scientists of the 20th century, his works had a very great influence on the development of modern physics, and he made an invaluable contribution to world science. Ginsburg said that sport today has something in common with the fact that they no longer associate with a particular country. On the papers written by him, more than one generation of domestic physicists has grown. At the same time, Ginzburg liked to say that his non-fiction articles on the presentation style were designed primarily for high school students, as well as people with higher physical education, which is why he supported the use of school mathematical formulas in such articles with which the maximum circle is familiar. readers. 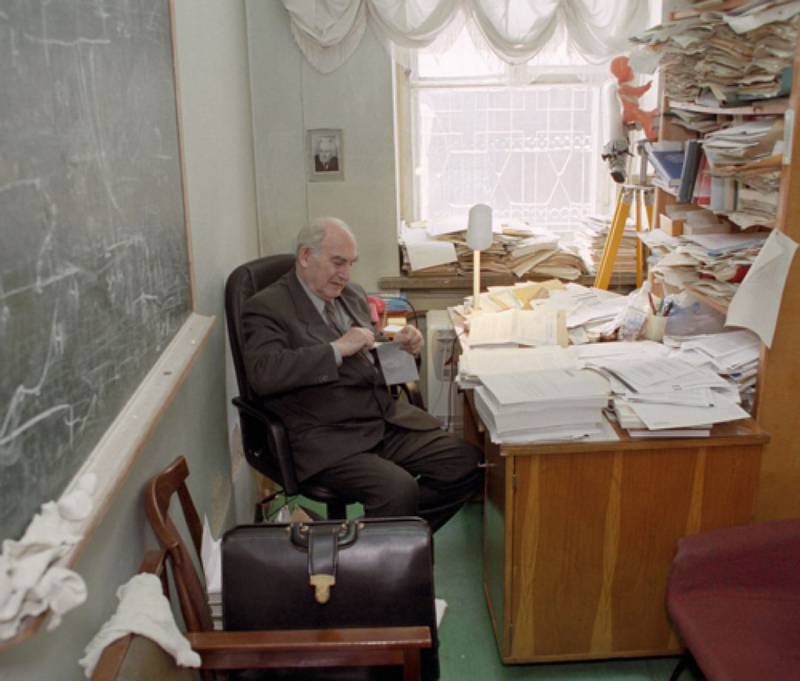 Throughout his life, especially at its final stage, Ginzburg publicly fought with pseudoscience, even if such a struggle caused a smile to many of his colleagues. Vitaly Ginzburg considered it a matter of honor to fight against the fraud of near-scientific facts and various superstitions. And when most of the former communists with jambs reached out in the church with candles, Ginzburg remained practically the only one who always openly spoke of his adherence to atheism. The position of the scientist was very clear: faith is the right and free choice of every person, but he was always against the planting of religion, especially in schools. He was opposed to the spread of religious beliefs on secular institutions. According to him, teaching in ordinary schools of religion or the law of God is absolutely unacceptable, but he was not against teaching in schools stories religion.

Being an atheist, Vitaly Ginzburg denied the existence of a god. For him as a scientist, all knowledge was based on science, clear evidence, experiments and analysis. "A miracle is contrary to science," - said the physicist. And since religion is based on faith in miracles, he could not come to terms with it. Ginzburg said: "I am the enemy of all miracles and do not believe that people can be resurrected, but I envy the believers: they have consolation."

According to the memoirs of contemporaries of the famous scientist, Ginsburg had an exceptional intuition. Thus, in the middle of the 20th century, he and his colleague Lev Landau could explain one of the very complex phenomena in the physical world - the phenomenon of superconductivity. This was done thanks to a unique guess. Scientists in the USSR were the first to approach the solution of the issue from the point of view of the microworld, but from the point of view of macro-processes. They offered a fundamentally different view on the very nature of superconductivity. Later on, the Ginzburg-Landau theory was indeed confirmed, but this happened only after several decades. An outstanding domestic scientist who was a student of Vitaly Ginzburg, Leonid Keldysh used to say about him: “It was impossible to learn his style of work, since it was unique and entirely based on his amazing physical intuition and ability to find non-standard, unusual solutions and approaches.” Ginzburg himself liked to say that the fate of a person is nothing more than a chain of coincidences; I am convinced of this again and again. 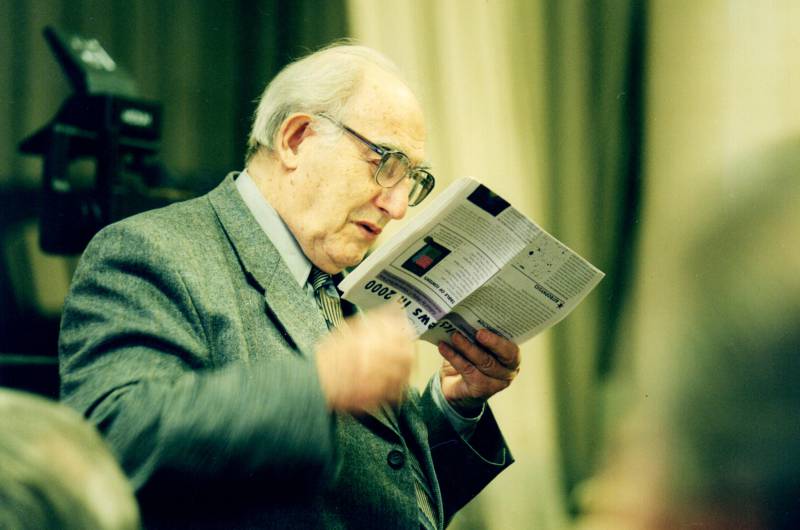 This chain of accidents and nonstandard moves eventually led him in the 2003 year to the Nobel Prize in Physics for his contribution to the development of the theory of superconductivity and superfluidity. At the same time, the Nobel Prize was awarded to the work that won the Lenin Prize back in 1966. Then three people received it - Alexei Abrikosov, Vitaly Ginzburg and Lev Gorkov, in the 2003 year, the Nobel Committee for some reason excluded Lev Gorkov from this list. Ginzburg himself, who was sharp enough to speak the language, commented on the receipt of the Nobel Prize: “Every scientist can become a Nobel laureate if he lives long enough.” By the time the prize was awarded, he was already 87 years old.

Academician Vitaly Ginzburg was married twice. His first wife, Olga Zamsha (from 1937 to 1946), was his fellow student and also a physicist, in this marriage his only daughter was born - Irina. His second wife was the experimental physicist Nina Ermakova, whom he met during the Great Patriotic War, he married her in the 1946 year and lived with her for the rest of his life. It is curious that daughter Irina and Victoria's granddaughter of Ginzburg also linked their lives with physics, having achieved some success in this area.

During his long life, Vitaly Ginzburg was awarded numerous state orders and medals. In particular, two Orders of the Red Banner of Labor (1956 and 1986 years), the Order of Lenin (1954 year), two Orders of the Badge of Honor (1954 and 1975 years), the Order of Merit for the Fatherland III degree (1996 year) - for outstanding scientific achievements and training of highly qualified personnel and the Order of Merit for the Fatherland, I degree (2006 year) - for his outstanding contribution to the development of domestic science and many years of fruitful activity. In 1946, he was awarded the medal "For Valiant Labor in the Great Patriotic War 1941-1945." 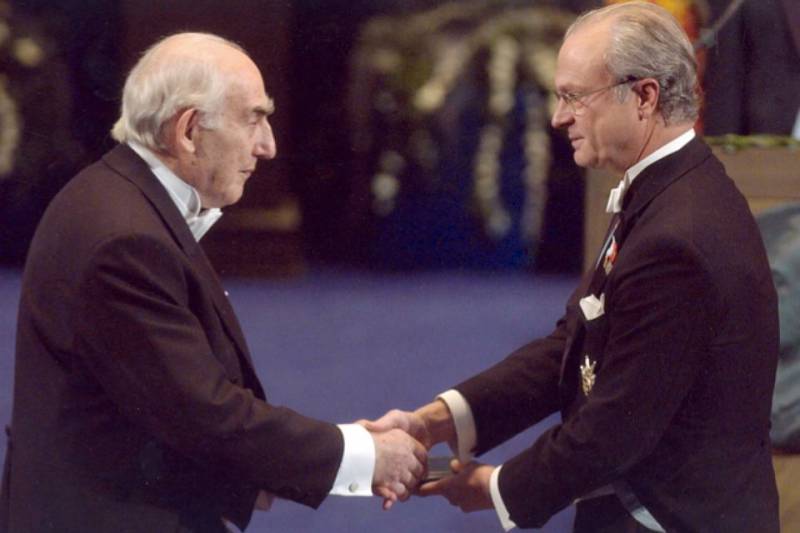 Vitaly Lazarevich Ginzburg died 8 on the evening of November 2009 in Moscow in the evening. He died after a long illness from heart failure, at that time the scientist was already 93 of the year. The funeral of a Nobel laureate in physics took place on November 11 2009, the scientist was buried in the capital, in the Novodevichy cemetery.

Ctrl Enter
Noticed oshЫbku Highlight text and press. Ctrl + Enter
We are
The development of the military-industrial complex of the Russian Empire in the years of WWI60 years ago, died a great physicist - Albert Einstein
3 comments
Information
Dear reader, to leave comments on the publication, you must to register.