Be-200HS, collected in Taganrog, made its first flight 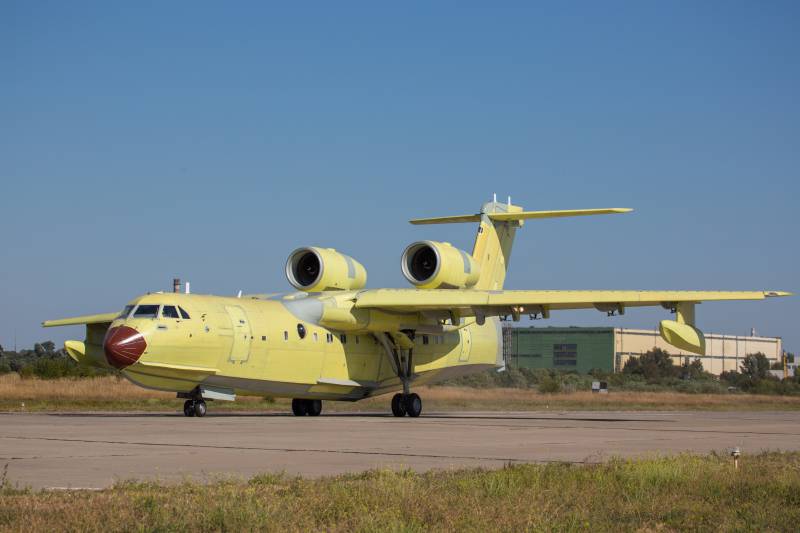 “September 16 2016 of the year made the first flight from the airdrome of the Taganrog Aviation Scientific-Technical Complex named after Gm Beriev, the first production amphibious aircraft Be-200ES for the Russian Emergencies Ministry, ”says the release.

According to the information, “the aircraft was piloted by the crew of the TANTK. Gm Beriev as part of test pilots Nikolai Kuleshov and Yevgeny Yurasov. During the 15 minute flight, the aircraft's behavior in all modes is normal. ”

“The plane was built as part of the state contract for the supply of six new Be-200ES of the Taganrog assembly by the Russian Emergencies Ministry,” the press service added. 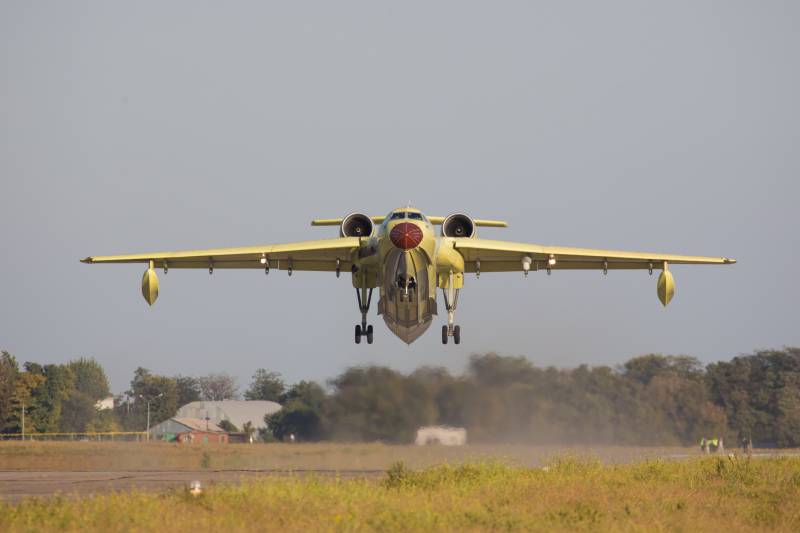 According to the manufacturer, “the multi-purpose amphibious aircraft Be-200ES is designed to meet the challenges of firefighting, emergency assistance in areas of emergency disaster, search and rescue on water, sanitary and freight traffic.” 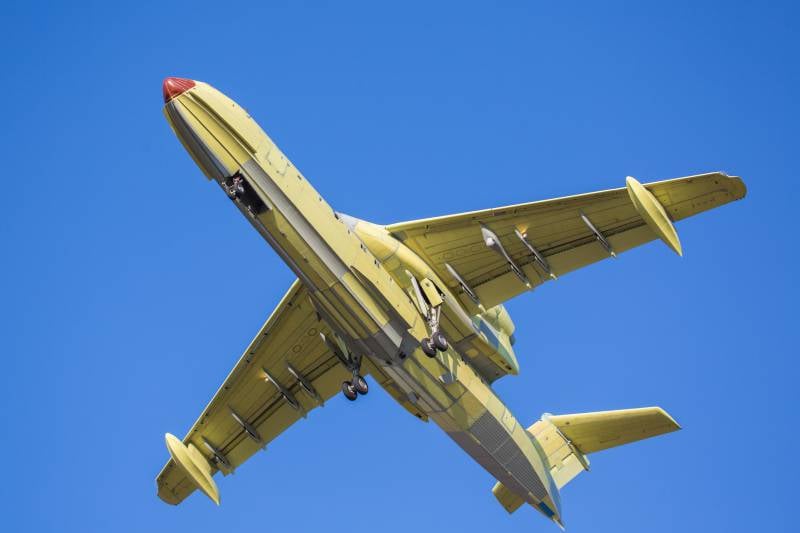 Its maximum speed is up to 700 km / h, speed when performing search and rescue operations - 300-500 km / h. Aircraft refueling with water (up to 12 tons) is carried out at the aerodrome or on an open water reservoir in the gliding mode.

Previously, these machines were assembled by the Irkutsk Aviation Plant. 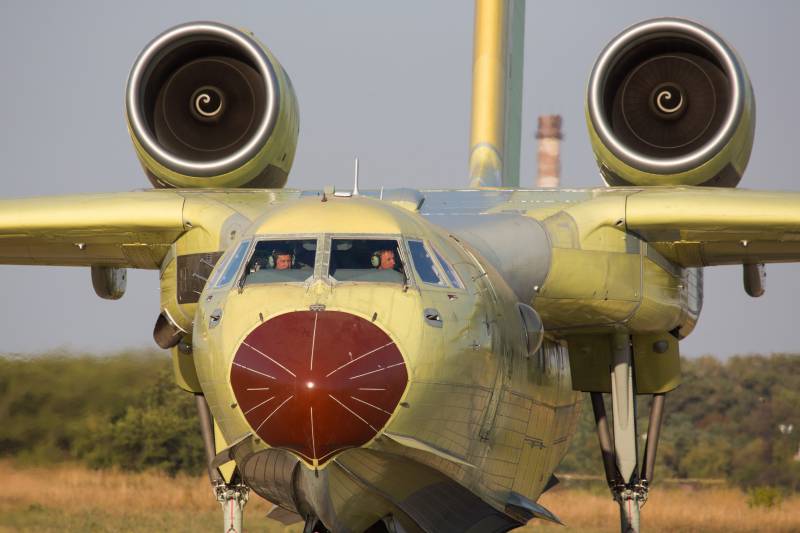 We are in Yandex Zen
Russian rescuers received the first Be-200HS, assembled in Taganrog
The action “Military service under the contract is your choice!” In Rostov-on-Don: future contract servicemen, exhibitions and “Russian Knights”
45 comments
Information
Dear reader, to leave comments on the publication, you must to register.