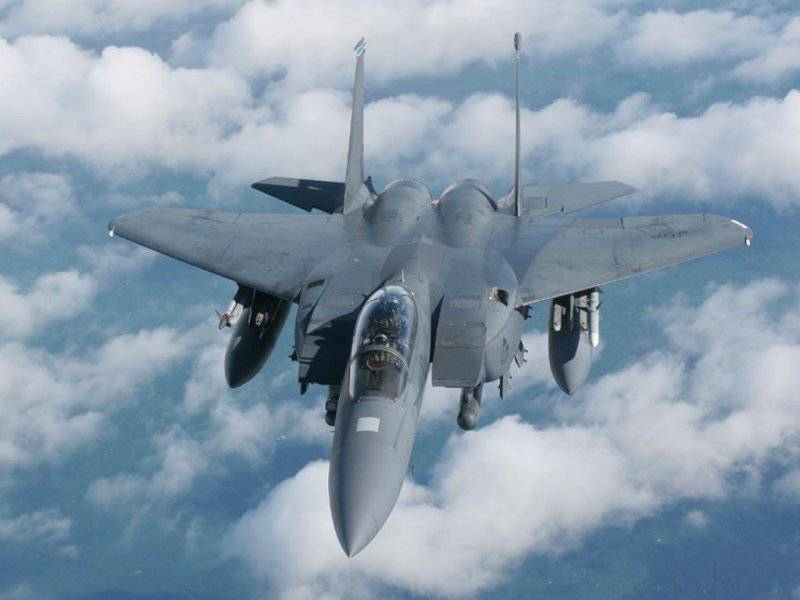 The United States intends to sell fighter jets worth $ 29,4 billion to Saudi Arabia.


This, according to Washington, will help create about 50 thousands of jobs, as well as help strengthen security in the Persian Gulf area amid increasing tensions with Iran.

The contract includes the supply of new F-84 15 fighters, (manufacturer - Boeing Co), with advanced radar equipment and electronic warfare. 70 older F-15s that have been upgraded will also be supplied. In addition to the aircraft, spare parts and ammunition will be supplied to Saudi Arabia. There will also be built logistics, staff training and maintenance.

Congress sale of fighters of Saudi Arabia was approved long ago, but the White House approved the sale when tensions in the region increased. The deal illustrated the strengthening of defense ties between a key oil supplier and the United States.

“This agreement serves to strengthen strong and strong relations between Saudi Arabia and the United States,” said Assistant Secretary of State for Political and Military Affairs Andrew Shapiro. “This demonstrates the United States’s commitment to Saudi Arabia’s strong defense as a key component for regional security.”

Both Saudi Arabia and the United States are concerned about the Iranian nuclear program and view it as a very serious potential threat. Iranian authorities in the past few days have repeatedly threatened to block the Strait of Hormuz, if European countries and the United States impose new economic sanctions.

In addition, the agreement was signed during the period when B. Obama is preparing to start his election campaign. The main trump card in this company will be the struggle for the economy of the United States and the growth in the number of jobs.

Sales weapons Saudi Arabia, according to the White House spokesman, could bring the US economy 3,5 billion dollars in annual increases and help strengthen exports.

Saudi Arabia was the largest buyer of American weapons from January 2007 to the end of 2010. Countries signed agreements worth 13,8 billion dollars, according to a report from the Congress Research Service of December 15.

The company Boeing said that this contract is a "strong partnership" with Saudi Arabia. This state already owns a squadron consisting of Boeing F-15 fighters, AWACS aircraft, Apache helicopters and special reconnaissance aircraft.

Saudi arms build-up, according to News.Gnom, is part of a more global build-up conducted by the United States, its regional allies and friends. Ultimately, this may offset the withdrawal of US troops from Iraq.

US officials said the F-15 will be upgraded in 2014, and the first new fighter aircraft will be delivered to Saudi Arabia in 2015.

Shapiro said that the deal is aimed at strengthening the defense of Saudi Arabia in this unstable region.

"Now there are a number of threats in the Middle East ... Obviously, one of the threats they face, and other countries in the region is Iran," Shapiro said at a press briefing.

"However, it is not only aimed at Iran. It is also aimed at meeting the defense needs of our partner, Saudi Arabia," Shapiro added.

An expert on Saudi Arabia at the University of Vermont, Grigory Gauze, said that the announcement of the sale of fighters is a signal that the United States wants to restrain Iranian influence in the region, but will not take any active measures of force.

"These actions are more a signal than a practical measure, as these planes will be delivered some time later," Gauze said. "However, these efforts by the American administration say that the US is going to strengthen ties with its local allies, even after the withdrawal of American troops from Iraq, because they seek to contain the influence of Iran. "

Saudi Arabia’s sales of American weapons in Israel are often a matter of concern, but Shapiro said the US administration believes that military advanced aircraft will not be able to do anything to reduce Israel’s comparative military advantage in the region.

"Our assessment is that these sales will not have an effect on a high-quality Israeli military advantage," he said.
Ctrl Enter
Noticed oshЫbku Highlight text and press. Ctrl + Enter
We are
The 20 rating of the largest arms deals, decisions on which were made in 2012How arms sales affect the Middle East (Christian Science Monitor, USA)
Military Reviewin Yandex News
Military Reviewin Google News
19 comments
Information
Dear reader, to leave comments on the publication, you must sign in.