The price is lower, and the characteristics are better. 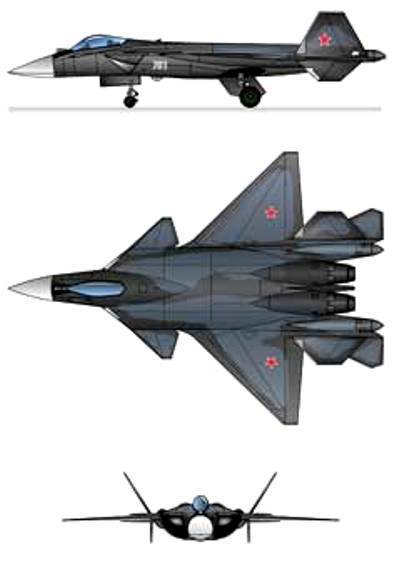 The fifth-generation Russian fighter should be significantly cheaper than the US F-22, but surpass it in combat capabilities, said Deputy Prime Minister Sergei Ivanov, chairman of the Military Industrial Commission under the Russian government, at a retreat at the Central Institute of Aviation Motors.

The meeting discussed the creation of a promising front-line aviation complex aviationas well as the development of a second stage engine for this aircraft. Currently, the fifth generation fighter is undergoing ground and flight tests with the engine of the first stage according to the schedule.

Now fifth-generation combat aircraft are mass-produced only in the USA - the F-22 Raptor, whose price is 390 million dollars. Sergey Ivanov noted that the capabilities of such a machine are largely determined by the parameters of its engine. It is designed to provide a promising front-line aviation complex with a supersonic cruising flight, low visibility, high maneuverability, efficiency and effectiveness in the use of the aggregate of all weapons.

The technologies obtained in the development of the newest aircraft engine for the fifth generation aircraft will be used both in combat and in civil aviation, the deputy prime minister said.

“It is necessary to quickly select the lead contractor for the development of the engine for the fifth generation aircraft and proceed to its creation,” said Sergey Ivanov.