11 September 2016
79
The second Sunday of the first autumn month in our country is one of the professional military holidays - Day of the tanker. And it is celebrated in the anniversary - 70 time. The decree that this holiday appeared in the calendar of military dates, was published in the post-war 1946 year. The Presidium of the USSR Supreme Council 1 July 1946 establishes the Day of Tankmen to commemorate the great merits of armored and mechanized troops in defeating the Nazi invaders in the Great Patriotic War. 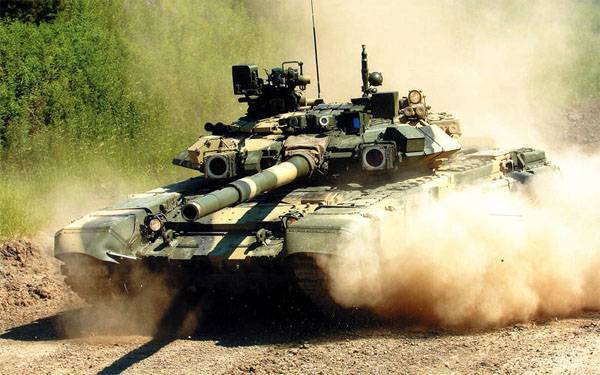 The first official celebration of the Day of the Tanker is considered in all senses a remarkable event - the march of the Guards tank Kantemirovskaya division in Red Square. 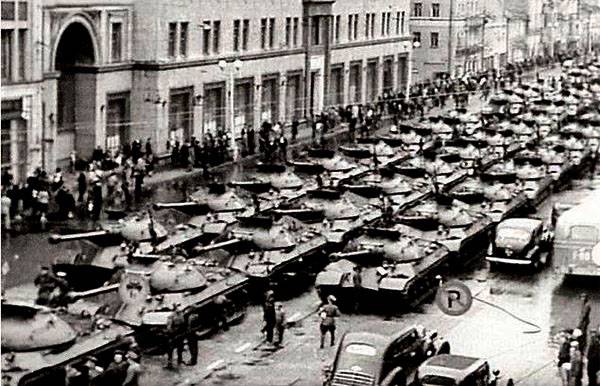 Muscovites saw the passage of armored vehicles and other divisional weapons on the main square of the country. Eyewitnesses of this truly monumental spectacle still recall that parade as one of the outstanding events that they had to witness during their lives. 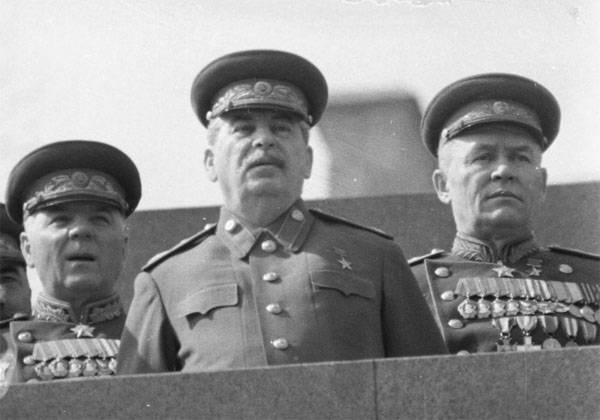 I.V. Stalin, C.K. Timoshenko and K.A. Vershinin on the podium of the Mausoleum VI Lenin during the march Kantemirovskaya division along the Red Square. Date taken: 08.09.1946 (Photo by RGAKFD)


Historical document:
ORDER OF THE USSR MINISTER OF ARMED FORCES
WITH ANNOUNCEMENT OF THE PRESIDIUM DECREE
USSR SUPREME SOVIET
"ON THE INSTALLATION OF ANNUAL HOLIDAY -
DAY OF TANKERS »

I declare the Decree of the Presidium of the Supreme Soviet of the USSR from 11 July 1946, “On the establishment of an annual holiday - Day of the Tankers”.

Considering the particularly important importance of tank and mechanized troops and their outstanding services in the Great Patriotic War, as well as the merits of tank builders in equipping the Armed Forces with armored vehicles, to establish an annual holiday - “Day of Tankers”.
“Day of tankers” is celebrated annually on the second Sunday of September.

This day is celebrated in all the capitals of the Union republics, as well as in Leningrad, Stalingrad, Chelyabinsk, Gorky, Nizhny Tagil, Sverdlovsk, Kharkov, Omsk, Khabarovsk and Vladivostok with twenty artillery salvos.

A few days before the 70-th celebration of the Tankman’s Day in our country, the main defense department of Russia published a short animated film for children - “What is a tank?” In the comments to the animation, liberal whiners had already managed to distinguish themselves, where "the tank is moving man." The fact that the commentators call the “man” in this case the Nazi warrior who came to conquer the Soviet (Russian) land, who killed, robbed, raped - perhaps everything you need to know about “our” liberals.

The cartoon itself from the Ministry of Defense of the Russian Federation:


Today, tank servicemen receive a real professional gift. The point is that the first production tanks of the new generation T-14 "Armata" went to the army. More than a hundred combat tanks under test are sent for “running in” in various operational conditions. At the same time, the Ural specialists are working on the development of robotic tanks on the “Armata” platform. The plans of the Ministry of Defense include equipping troops of approximately 2,5 thousand Armata T-14 tanks over the next ten years. 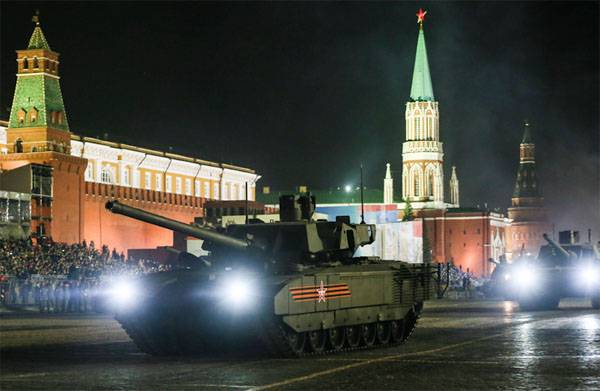 Despite the change in the economic situation in the country, there is no talk about revising the plans yet, and I would like to hope that all these plans will be brought to real implementation.

"Military Review" congratulates all those involved (not only the tank crew, but also the creators of the tank equipment) on the holiday!