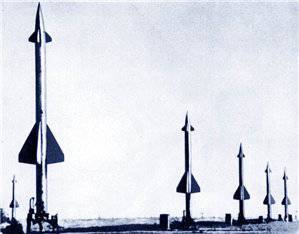 9 August 1950 was issued, only recently declassified, Resolution of the Council of Ministers of the USSR №3389-1426 signed by I.V. Stalin on the creation of an air defense system of cities and strategic facilities under the code "Berkut". This was reported by the press service of GSKB "Almaz-Antey" them. Academician A.A. Raspletin. Its basis was a fundamentally new class for that time. weapons - anti-aircraft guided missiles.

The uniqueness of the project is also in the fact that the Ordinance speaks of the foresight of the political and military leadership of the USSR, its ability to predict the course of events, to anticipate them. The situation of that time was very difficult: the Great Patriotic War ended five years ago, the country is still in ruins, and in the midst of a new "cold" war, when the US blackmails the Soviet Union with atomic bombings from the air. 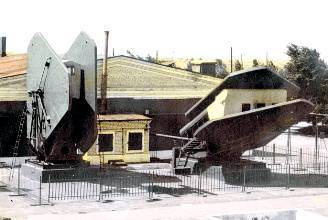 And in these conditions, the country found the strength and resources to build air defense weapons based on new radar controls. An organization was also found that headed this gigantic project, which was Design Office No. XXUMX (now Almaz-Antey Design Bureau named after Academician A.A. Raspletin). The project was led by a special committee under the USSR Council of Ministers, headed by L.P. Beria.

To solve complex scientific and technical problems in radar, reactive and aviation The best research and development organizations, enterprises of various ministries and departments, large material resources and bonus funds were attracted to the equipment. More than a million rubles were allocated for the KB staff alone for these purposes, and the main managers of the development of the Berkut system were awarded the titles of Hero of Socialist Labor and laureates of the Stalin Prize.

The timing of the implementation of this daring project, which by today's standards seem incredible - 2 of the year and 4 of the month, is also impressive. “It’s necessary to have 1952 by November to provide Moscow’s air defense system with a complete set of radar systems, guided missiles, launching devices and aircraft-carriers included in the Berkut system,” the Resolution’s paragraph 5 says. 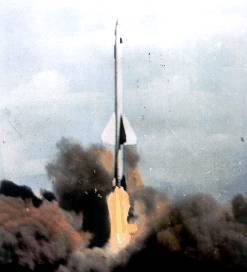 The indicated periods were maintained and over the next two years two air defense rings of the C-25 “Berkut” system were erected around Moscow. Each of the 56 anti-aircraft missile systems could hit 20 20 targets at the same time. Production of components was adjusted, soldiers and officers were trained.

These facts speak of the extraordinary systems thinking of the project's scientific leader, Academician A.A. Raspletin, the highest professionalism of the team of developers, managerial skills of project managers, the ability to mobilize the best engineering forces to solve ambitious tasks.

The C-25 "Berkut" system together with the C-75 (1957), C-125 (1961) and C-200 (1967) anti-aircraft missile systems provided, in the end, successfully solving the country's geopolitical tasks. And this cannot but arouse admiration of modern Russia, which is facing the need for a new technological breakthrough in the 21st century - the creation of an aerospace defense system of Russia.